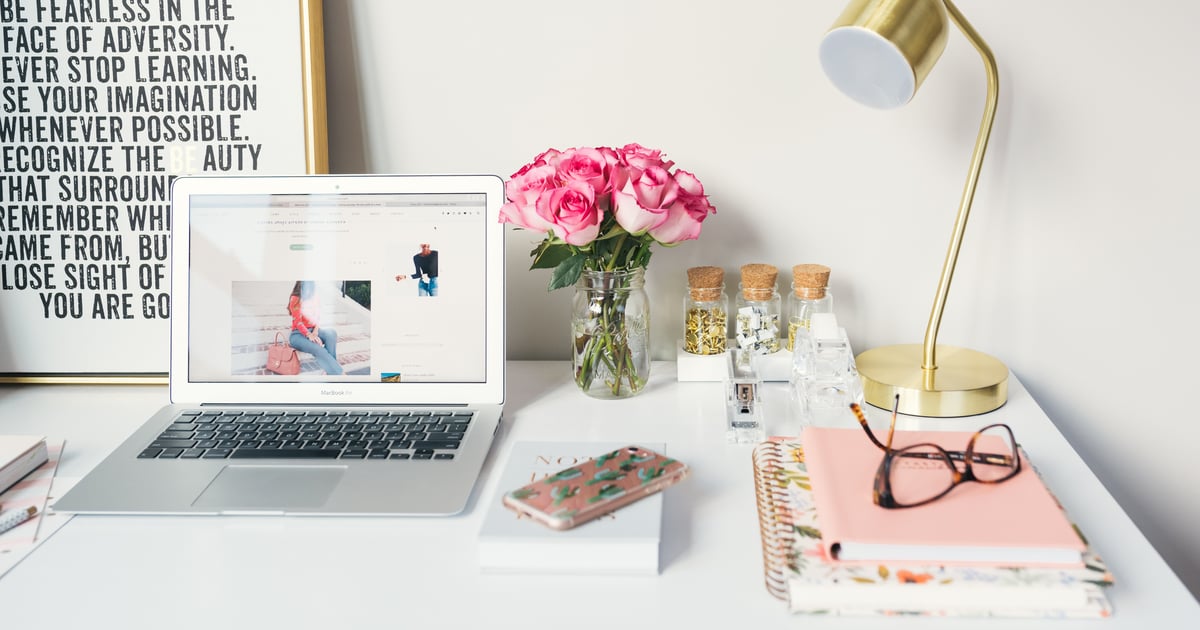 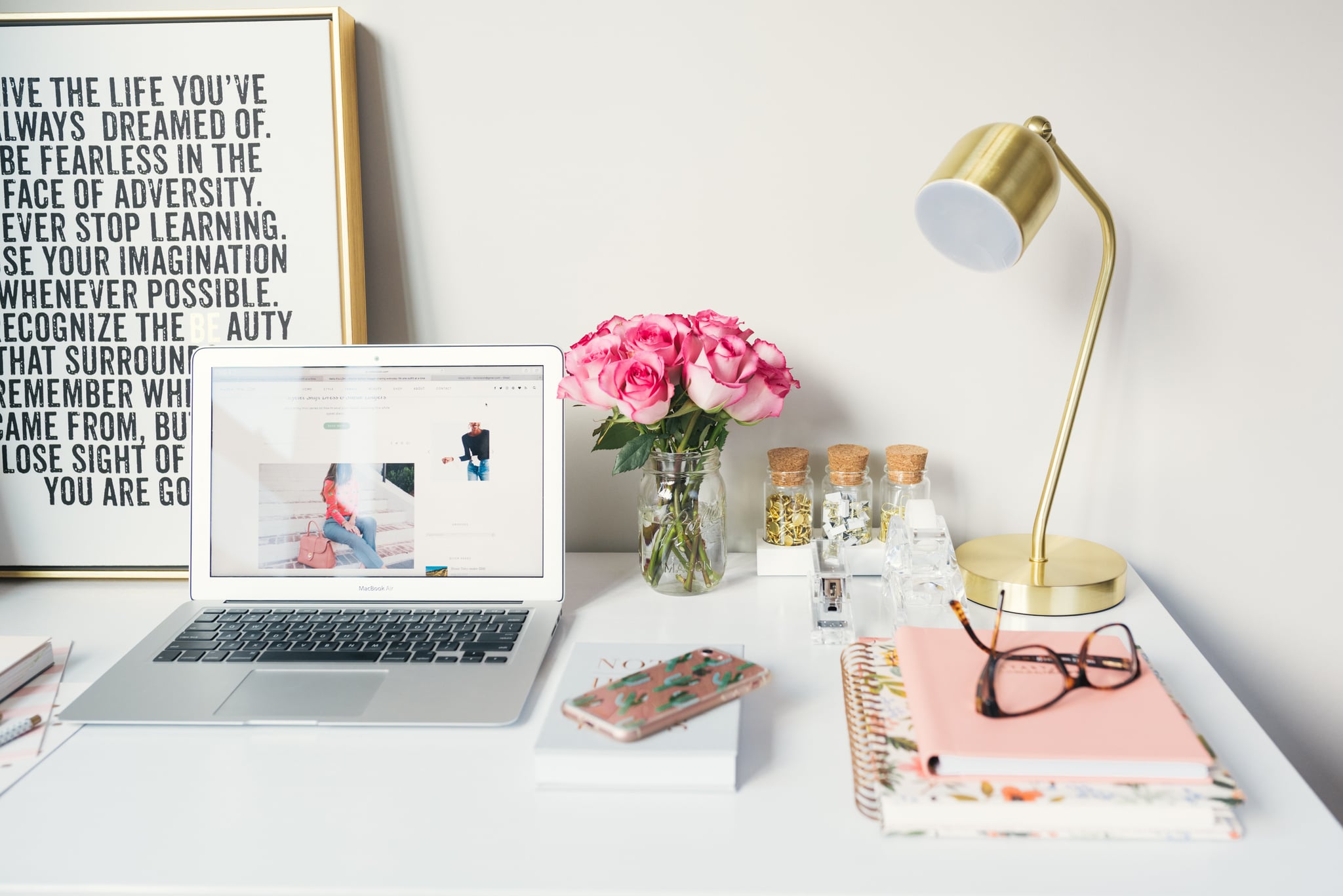 As midnight chimes on Dec. 31, the ringing in of a new year gives us a chance to start afresh, set ourselves a list of goals, and go into 2023 with the best of intentions. While New Year’s resolutions are an annual tradition, there’s a high chance that, come February, you’ll feel downbeat that you haven’t kept your promises. But you don’t need to be so hard on yourself. In fact, science suggests you may have even been destined to fail.

Research by YouGov shows that out of the 41 percent of us who make resolutions, only 9 percent of us stick to them. Just a couple of weeks in, the majority of us are back to our old ways with a plethora of vegan cookbooks, exercise equipment, and self-meditation guides gathering dust.

Life coach Vie Portland tells POPSUGAR we’re setting ourselves up for failure by aiming to achieve too much too soon. “Setting big resolutions is frequently setting ourselves up to fail. We are creatures of habit and, even when something is bad for us, it’s often easier to continue than to go through with the difficulties of changing our habits,” she says.

Instead, Portland suggests making microlutions — that’s micro resolutions — which are bite-size changes to our lifestyles that are easier to weave into our daily routines and are more likely to lead to lasting success. “Microlutions are not big habit changers, they are a one-step-at-a-time approach to changing something,” she explains. “With big resolutions, we start, we lose momentum, we fail, we usually give up; with micro resolutions, it’s just one small step so it doesn’t feel like a failure, it’s just a small step back so we feel we can continue.”

Divide your aims for the next year into smaller goals that feel much easier to achieve. Think minimum effort for maximum impact. You can always build upon them a few weeks in. And the most important thing is: don’t beat yourself up if you don’t stick to them. Keep reading for some ideas of microlutions to get you started below. 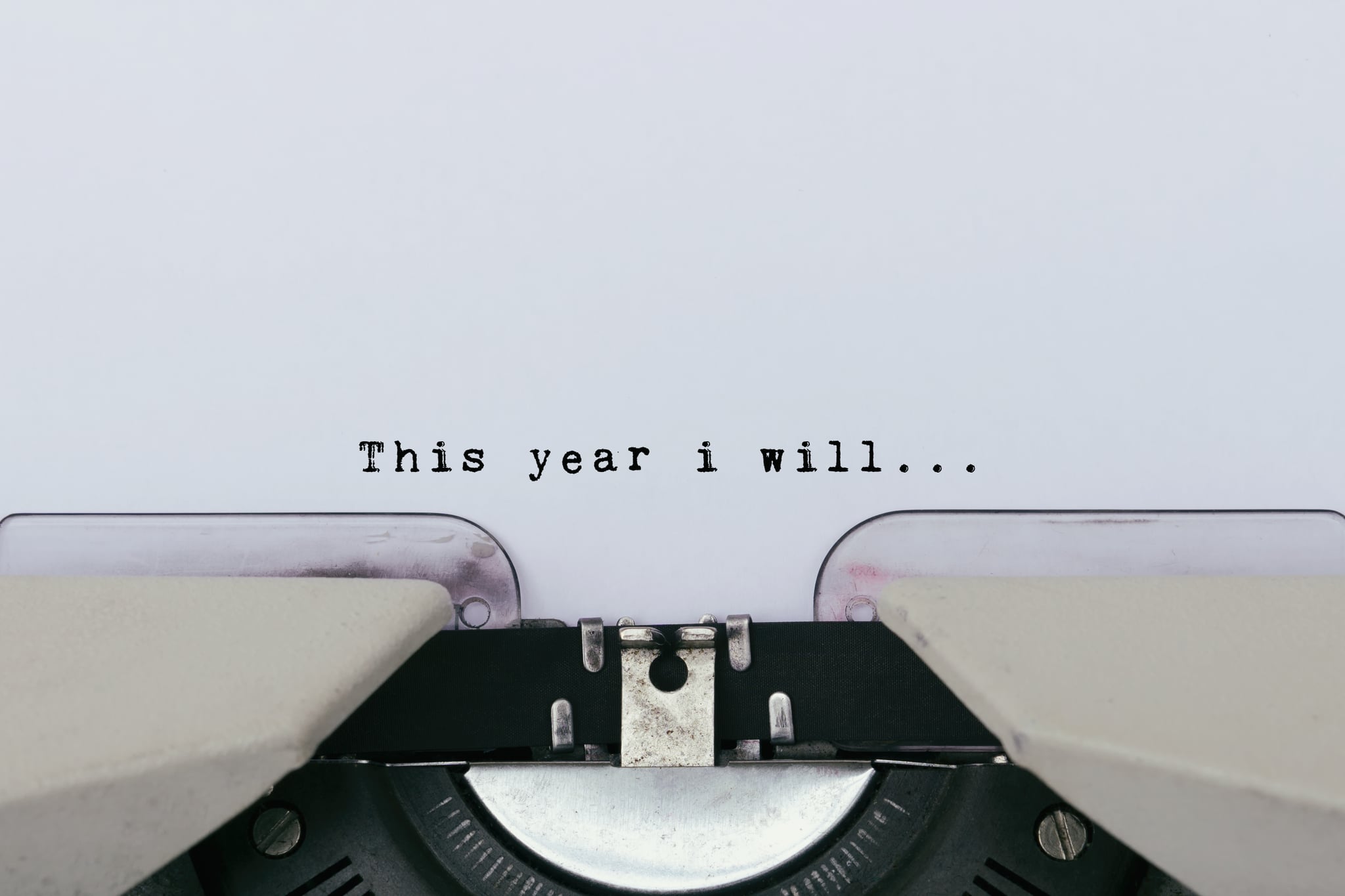 Microlution: Walk up every escalator you come across.

While exercising more and getting fit is often a favorite resolution for many, going from 0-100 is overwhelming. Instead, try committing to smaller tasks that will get your heart pumping, like walking up escalators instead of standing still or having a little dance while cooking. “Don’t set yourself big tasks; if you want to get more exercise in, do things you enjoy,” Portland says. That can mean dancing around your apartment, trying VR fitness games, or riding your bike. Just “make it fun and then the exercise will be more fun,” Portland says.

Microlution: Commit to one plant-based dinner a week.

Cutting down on meat consumption might be on your mind, but going cold turkey on, well, turkey can be a bit too much to handle at once. Instead, try cooking one vegan dinner a week, you can always add more as you perfect your vegan recipes. “One step at a time. Try one day of vegan meals a week and see if you can build it up,” Portland suggests. “Remember, even one day of veganism a week is still having a greater impact on the environment.”

As we enter dry January, you might be thinking about quitting booze for the month, or perhaps altogether after a party season that left you feeling less than fulfilled. Why not start by experimenting with nonalcoholic tipples that tantalize your tastebuds? “Like with food, try and discover why you want alcohol and see where the answers take you,” Portland says. “Once you find out why you drink, you’ll be better placed to understand how to cut back or quit. And discovering a nonalcoholic alternative that you really enjoy will make going booze-free much easier.”

Microlution: Find one thing to be grateful for every day.

Sweeping statements like “be happier” might be thrown around in early January, but that in itself is a lot of pressure. Life is about the ups and downs, so being happy 100 percent of the time is about as likely as Harry and Meghan rejoining the royals. “We can’t live life to the fullest 24/7, it’s not realistic,” Portland says. “Instead, finding one thing to be grateful for every day gets you into a gratitude mindset. As it becomes more natural for you, you will begin to notice more and more things to be grateful for and you will see how many wonderful things there are in life to enjoy.”

Microlution: Drink a glass of water as soon as you wake up.

Drinking more water might be on your list, but a generalized statement like “drinking more” gives no practical solutions as to how you’ll achieve this. Instead, why not find a way of weaving it into your morning routine so that you start every day having already nailed it. “You can also buy a water bottle with time measurements on it so that you can see how much it’s good to drink by a certain time of day. This means that all you have to do is buy the bottle, keep it filled, and keep it near you,” Portland says. “Having it so near will remind you that drinking water is good. If you’re not a big fan of water, perhaps try cold brew tea or fruit essences.”

Microlution: Block out half an hour on a Sunday evening.

It’s all very well saying you’ll make more time for self-care in the new year, but will you really? If you’re totally honest, you know that life gets in the way. Instead, add it to your calendar like you would any other event. Block it out. Perhaps just half an hour on a Sunday evening for a bath, to read a book, or meditate. “Scheduling in the time for self-care is fantastic. If it’s a sunny day, stop and sit on a bench and savor your surroundings. If you get the chance to meet up with a friend, do that, have a hug, chat, as those things are important for our well-being too,” Portland advises. “Find out what your form of self-care is; it can be bubble baths and manicures, or it can be doing origami; whatever makes you feel good for being you is self-care.”

If you’re guilty of spending hours scrolling on your phone whether it be messaging, dating apps, or on social media, it could be time for a little intervention. Doom scrolling, in particular, is only going to make you feel negative. Rather than trying to ban your phone use (because it’s 2023, so who can really do that?), try downloading an app like Freedom where you can schedule certain apps to be blocked for a period of time to avoid temptation. And curate your social media feed. “You can also set timers on your phone. Set the timer for as long as it takes you to drink your cup of tea so you have a small time with no distractions,” Portland says. “Also, remove people who make you feel bad, for whatever reason, from your social media platforms. Fill your newsfeeds with people who make you smile, or who you enjoy learning from; don’t use your social media as a self-harm tool, where you search for people to make you feel bad about who you are. And if some of those people are family, or people that you see ‘in real life’, hide them from your newsfeed rather than removing them altogether.”

Saving money this year is likely to be on your to-do list, but with the cost of living crisis and energy bills soaring, it can feel daunting knowing where to start. Why not try using a simple banking app like Monzo that has options to round up prices to the nearest dollar and puts the extra pennies into savings. It’s likely you won’t notice these small amounts, but they’ll soon add up. “Don’t set an amount to start with. Start with emptying coins into a jar every day, or set up your banking app to transfer every penny into a savings account when rounding up to a [dollar]. Once you start seeing the small amounts build, you will feel more confident about saving,” Portland details. “Also set up a money back account, such as TopCashback, where you get a small amount of money back with online sales; save that until it’s a bigger amount.”