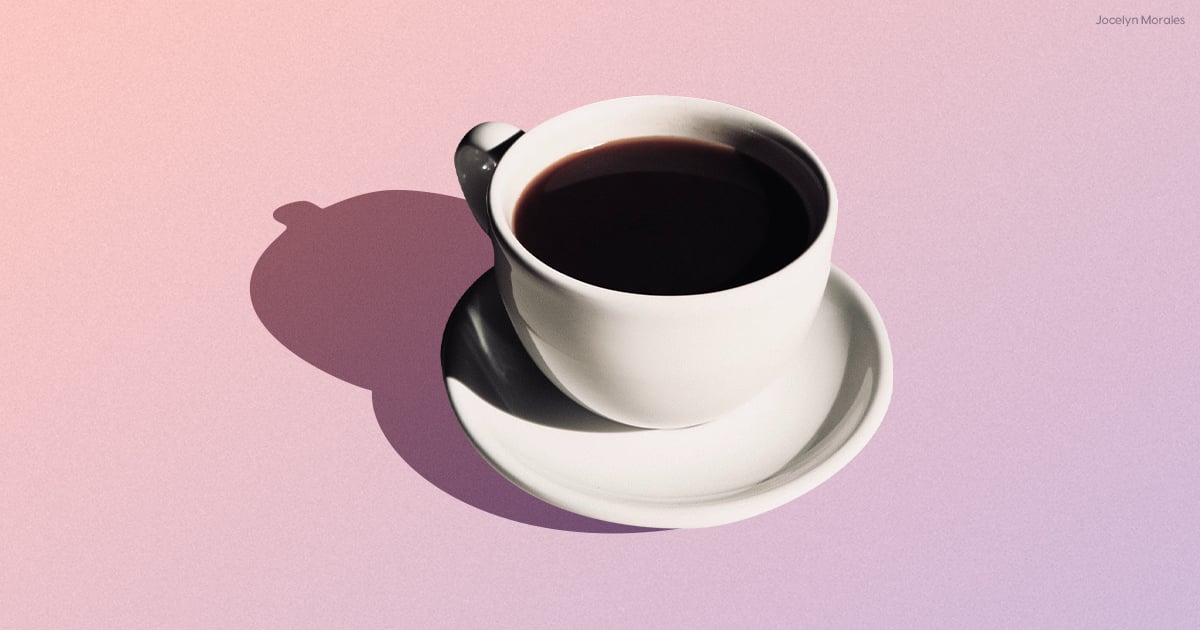 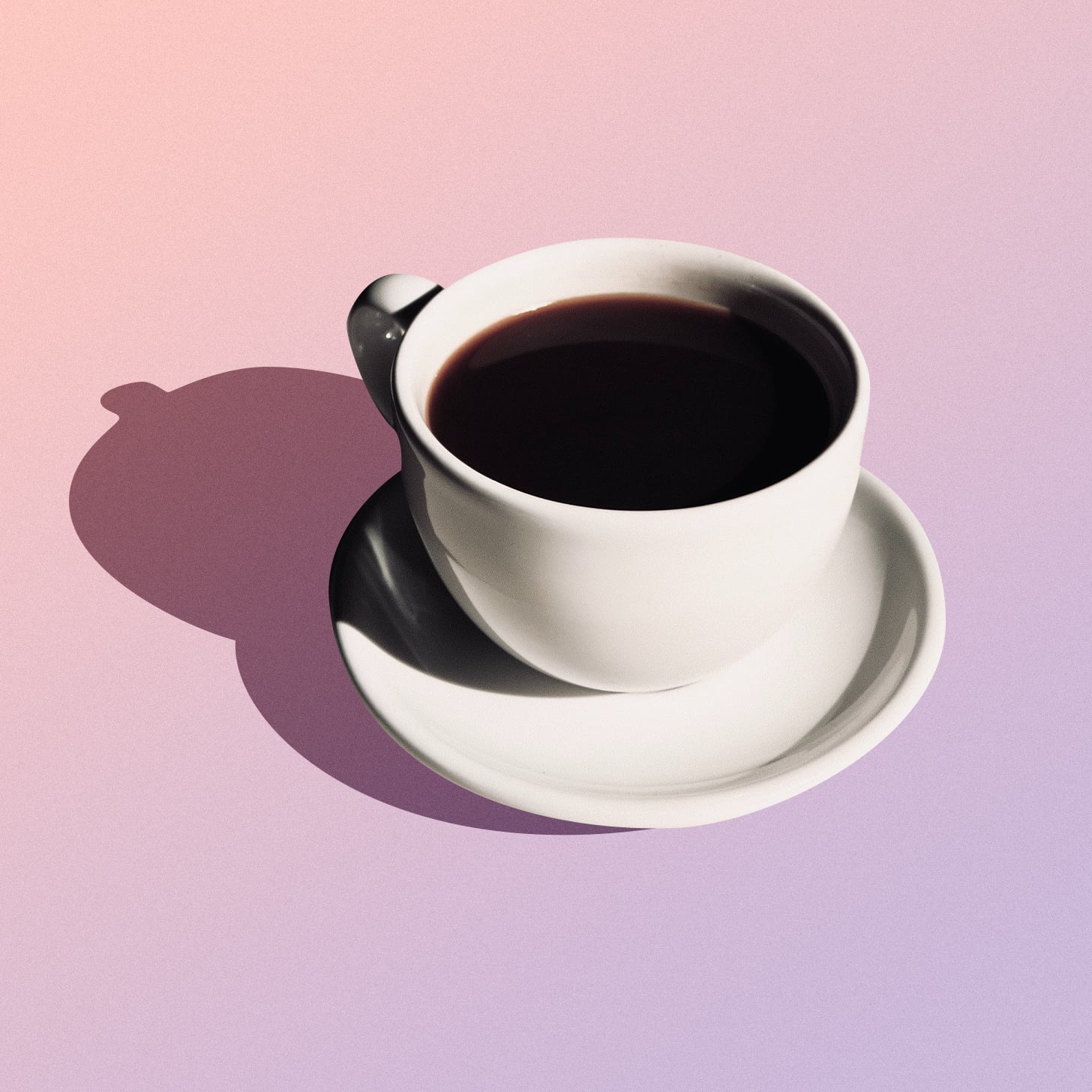 I recently found a list tucked between the pages of an old journal, dated January 2020. I remembered writing it. A small group of friends and I had gathered in a busy coffee shop to discuss our goals for the year ahead and how we’d execute them — we called our little gathering “The Goals Gals.” We were excited at the prospect of becoming new versions of ourselves.

You know what happened after that.

Our well-thought-out routines went out the window as the pandemic turned our lives upside down. My January 2020 list, for example, called for me to start the day with a shower and a carefully selected outfit, part of a plan to foster confidence and creativity. Instead, I began rolling out of bed literal minutes before I had to open my laptop to tune into Zooms full of quickly overused jokes. The days felt the same, but in an out-of-control, waiting-for-the-worst way, not in a healthy routine way.

Since then, I’ve become a routine cynic: a nonbeliever, a nonroutiner. At first, it felt good — no more pressure to channel efficiency and productivity like a superpower. But then the daily anarchy started to sour. Instead of embracing spontaneity and valuing change, I was tired of starting from scratch every day.

My craving for routine isn’t unique; humans are creatures of habit, after all. We all adhere to rituals and traditions, from the basic to the elaborate, whether we’re conscious of them.

Our collective attraction to routines is exemplified by the rise of the “that girl” aesthetic video on social media. It can be inspirational and almost soothing to watch someone make their way through a peaceful morning routine starting at sunrise. More often than not, these routines contain all the things we’ve been told we “should” be doing for better mental and physical health — journaling, exercising, meditating, etc. — all on an increasingly aesthetic backdrop.

While it can be motivating to watch, it also presents a comparison trap. If your morning routine isn’t as elaborate, healthy, or beautiful, it can feel like you’re failing the day even before the clock strikes 10 a.m.

Additionally, we’ve been told that making time for these things is a matter of willpower, and with that comes the implication that someone with an elaborate morning routine is inherently better than those who don’t have one.

But there’s no “best” routine. It’s true that routines are good for us; the comfort and reliability of a predetermined schedule create the mental space we need to grow or think creatively, for instance. But people build habits and structure differently, and the idea that there’s one multistep regimen that’s suited for everyone is false.

The key, then, is to find the routines that work for you specifically and use them as a loose structure for your daily life without getting overly perfectionistic. “Life is always blowing up our well-laid plans,” Mason Currey, author of “Daily Rituals: How Artists Work,” tells POPSUGAR. “That’s important about routines — they’ll inevitably get screwed up, but they give you something to get back to, a sort of set point for daily life or an ideal to be chasing.”

With the help of experts who study habit-building, we created a step-by-step guide to finding a routine that actually works for you. It might not be social media worthy — but it will bring more joy into your days, which is even better.

How to Build a Routine That Actually Works For You

The Time of Day Doesn’t Matter

First and foremost: you don’t need to be a morning person to have a successful routine.

“Those early morning hours have been elevated to an almost sacred status — with those who sweat in early workouts and scribble morning pages as the saved and those who roll out of bed, grab a coffee, and rush out the door as the damned,” Sasha Heinz, PhD, a developmental psychologist and mindset coach, says. “Well, I’m here to tell you that contrary to what morning-routine zealots pronounce, almost no literature backs up the benefits of having an early morning routine for well-being, creativity, or productivity.”

If you like starting off your days in the same way each morning, there’s no need to change. But if trying to stick to the same multistep wake-up routine feels like trying to hammer a round peg into a square hole, take the pressure off.

Instead, consider the rest of your day. Do you tend to feel down, drained, or unmotivated around the same time each day? If so, that’s a moment you may benefit from some sort of structure, suggests Meha Agrawal, the founder of the guided-journal company Silk + Sonder. Think about what three things you need (physically, mentally, or emotionally) when you slip into those slumps during the day, and build a routine to help prevent those low moments. Or, if there’s a time you tend to feel your most motivated, ask yourself if there’s something you can be doing to take fuller advantage of those minutes or hours.

As an expert in lasting behavioral change and the science of getting unstuck, Dr. Heinz says routine is vital to maintaining positive health behaviors. “We benefit from the useful behaviors we consistently do,” she says. The key word, however, is “consistently”: it’s better to commit to a 10-minute Pilates routine you actually do every day than it is to plan out a 90-minute workout regimen that you only manage to stick to once or twice a month.

Therefore, creating a routine that works for you starts with getting real about who you are. “It’s about understanding your temperament, your energy levels, and when in the day (or night) you tend to do your best work, and then looking at your goals and your other commitments, and out of that, charting a path that you can follow over the long term,” Currey says.

One thing to consider is that the best routines are not the most aspirational or complex ones but instead are ones that make you happy — just making a point of taking a few minutes to savor your cup of coffee each day could be an extremely impactful routine for you. “One of the most effective morning routines I’ve seen in my patients is simply getting out of bed at a certain hour and taking a short walk,” Nancy Mitchell, RN, senior care expert, says. “The more joy your morning routine brings you and the healthier it is, the happier you’ll be in the long term, and the more effective it will be in helping you to remain healthy.”

Hone In on Your Why

That said, routines often require compromise. For example, waking up early every day to write might mean you’re losing the opportunity to sleep in. “My books are about creative people, and I think most serious artists block out time for their creative work and then fit in everything else around that, and that usually requires making some compromises,” Currey says. “I don’t think you can do ambitious, creative work without sacrificing some other things: sleep, socializing, making a lot of money, watching all the latest prestige television series, whatever.”

The lesson? Your routine has to be in service of something that matters to you — so much so that you’re willing to sacrifice other creature comforts to achieve it. That might be clearly defined (writing a book) or not (feeling more energetic), but before you can fine-tune your routines, you must know why you’re doing it.

For help honing your why, Agrawal suggests writing down the three things that make you feel anxious: your relationship, career path, body image, or social life, for instance. Acknowledging what makes you stressed can help you “create an arrow” to a possible routine-based solution. For example, “maybe you feel anxious about busy mornings at work, and the routine can be a lunch break designed to calm you back down,” Agrawal says.

But this work might reveal that you’re pretty happy with your status quo — and that’s fine, too. If you don’t currently have any “why” that’s compelling enough to inspire you to change some other area of your life, you can be assured that your life probably won’t be drastically improved by trying to squeeze in an arbitrary, 20-step morning routine. Enjoy where you’re at.

Build Off of Your Existing Routines

Maybe you consider yourself a “no routine” anarchist and can’t stand sticking to a schedule. But chances are, you already have some structure in your life. “Even ‘no routine’ people still have some cherished routines in their days, like [drinking] a particular beverage after waking up or [sticking to] a certain bedtime routine,” Currey says. “Humans are built for habit. The need to sleep every night, eat a few meals a day, and perform some work (for most of us) creates a pretty regular pattern for the day whether you like it or not.”

Consider what those moments look like to you. You don’t necessarily need to add to these natural routines, nor do you need to commit to doing them daily. But it can be helpful to identify what they are. That way, you can understand what sort of significance they hold for you and use them to ground you when you need it, such as in times of stress, change, or uncertainty.

Another tool that can benefit people who highly value spontaneity and flexibility but also want to create routines around specific tasks is this “Mindfully Me” exercise created by Ashley Lowe-Simmons, LCSW-C.

What If I Fall Off My Routine?

You probably will. That’s not a discouragement but an acknowledgement: life gets messy sometimes. Here’s what to do if or when you hit a roadblock.

The marker of a good routine is that it serves you, not the other way around. That includes being flexible and evolving with you. Leave the guilt trips at the door, and embrace experimentation.

“There’s an Annie Dillard line that I often think of from her book ‘The Writing Life‘: ‘How we spend our days is, of course, how we spend our lives.’ I think that’s true, and I think that routines are an attempt at getting a handle on that equation,” Currey says. “Like if you’re not spending a good portion of your day on the things that matter most to you, how can you fix that? Because otherwise, you’re not spending your life on the things that matter most to you.”

Personally, my mantra during my slow journey back to routines has been this: if a thing is worth doing, it’s worth doing poorly. In other words, let go of the guilt of not doing it daily or perfectly, and embrace the kind of routine that really, truly, works for you right now, whatever it happens to look like.