Style Points is a weekly column about how fashion intersects with the wider world.

She has a seemingly endless, trousseau-like wardrobe; an affinity for matching sets that is unrivaled even by 1989-era Taylor Swift, an aperitivo permanently welded to her hand, and a travel adapter on her Dyson AirWrap. Daphne Sullivan, the object of everyone’s collective obsession on The White Lotus, seems to have the fashion community in a death grip. After the last episode, Tyler McCall tweeted: “I’m sorry…I have to live my truth…even though I know we’re meant to find her a bit basic I LOVE Daphne’s wardrobe on WHITE LOTUS…”

Even the contents of her medicine cabinet (and we’re not talking about the Vintner’s Daughter) are dissected online: When writer Kelsey McKinney asked her followers what antidepressant cocktail they thought Daphne was on, one responded: “I think it’s called money.” 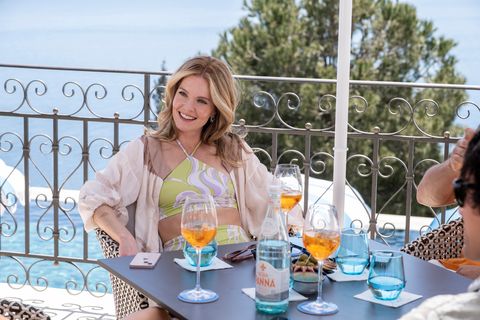 Money is definitely a part of the appeal, but it goes beyond that. Daphne, played by Meghann Fahy, represents a fantasy not just of wealth, but of blithe ignorance (she doesn’t remember if she voted.) That is perfectly encapsulated in the Barbie getups costume designer Alex Bovaird puts her in: a matching Prada set with a prominent triangle logo; a mod-tastic Pucci bikini; another set, this one gilded, from Dolce & Gabbana. (You can just imagine her swanning into a department store asking for “all your Italian stuff!”) 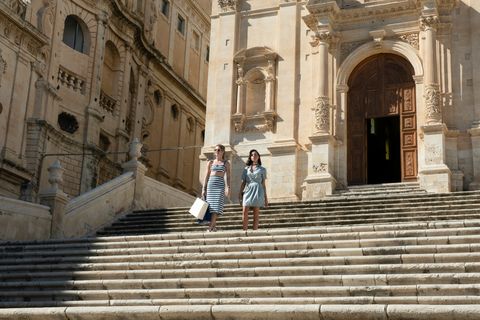 A matching Prada set worn on a day trip with Harper (Aubrey Plaza).

While her clothes bear designer labels, they’re awkward translations of what’s in currently in fashion. And yet, we can’t look away. Especially post-pandemic, Daphne and her wardrobe appeal to the part of our lizard brain that just wants to throw on a Farm Rio dress and bask in the sun. No thoughts, just crop tops! 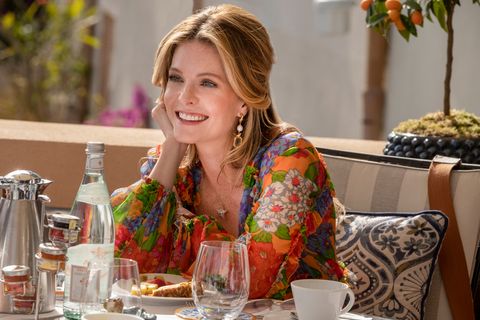 The character’s insouciance is part of her appeal; the only thing not stuffed into her designer luggage appears to be existential angst. Nothing seems to perturb her, whether it’s the specter of her husband cheating on her or her dining companions getting embarrassingly drunk. She and her husband, Cameron (Theo James), in their uncomplicated happiness, remind me of a 2022 version of Gerald and Sara Murphy, the Lost Generation expats and F. Scott Fitzgerald pals whose lives were chronicled in Living Well Is the Best Revenge (an apt motto for the couple). Or perhaps, depending on what befalls them in Sunday’s finale, Daisy and Tom Buchanan. Everyone on the show exudes privilege, but they do it with the least self-consciousness. Whatever else you want to say about their wardrobes, they aren’t hiding their sartorial light under a bushel. They don’t expend all their energy on trying to throttle back and appear tasteful. They want to look rich. 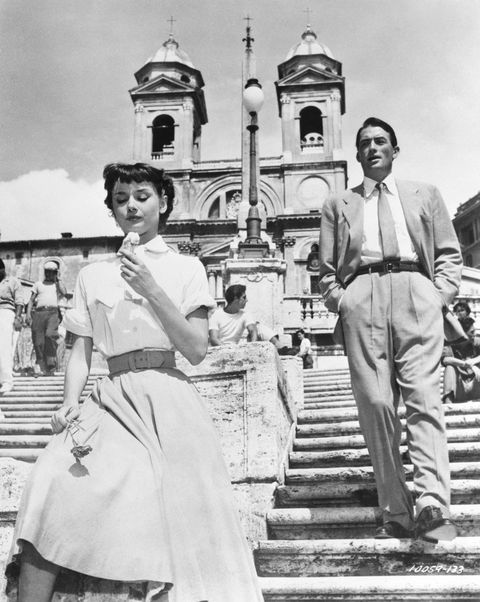 The show’s costume designer has cited Audrey Hepburn (seen here in Roman Holiday with Gregory Peck) as an influence.

The mythical idea of “resort” in fashion has become less about a physical trip to an actual resort (White Lotus or otherwise) and more about escapism. Resort collections often contain more watered-down versions of the harder-edged runway trends, sanding away the more avant-garde aspects of a designer’s work—which makes them perfect choices for Daphne. But they also have an element of costume to them that’s made for look-at-my vacation-Boomerang-level peacocking (you just know Daphne still posts Boomerangs.) 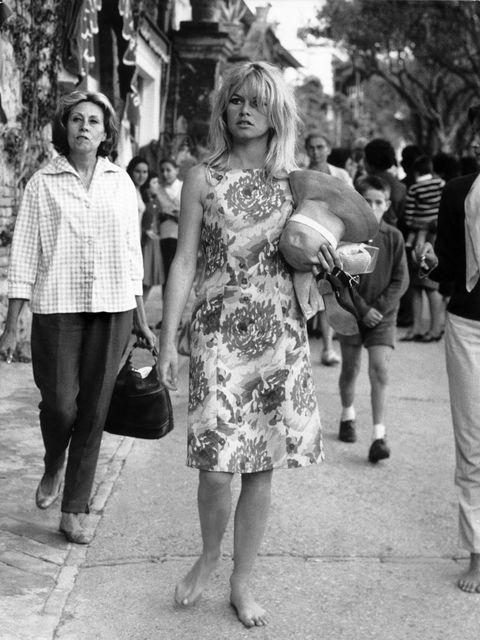 Brigitte Bardot, vacationing in Capri in the ’60s.

When Americans visit Italy, “they bring their A-game,” Bovaird told Variety. The show plays with the trope of tourists soaking up the Old World, a tradition that dates back to the winsome heroines of A Room With a View and Daisy Miller. He pulls from midcentury references that fit the show’s cinematic allusions (Fellini, Antonioni, The Godfather.) And while it may occasionally be cringeworthy to watch people try this hard, it’s always entertaining.

With fashion’s maximalist tides ebbing and a pre-recession austerity casting a pall over style in general, the show’s splashy looks are as refreshing as a beachside spritz. Daphne is the kind of person I’d probably hate in real life. But I have to admit, she kind of makes me want that Prada set.

Véronique Hyland is ELLE’s fashion features director and the author of the book Dress Code. Her work has previously appeared in the New York Times, the New Yorker, W, New York magazine, Harper’s Bazaar, and Condé Nast Traveler.
This article was originally published by Elle.com. Read the original article here.
Share on Facebook
Share on Twitter
Share on Pinterest
Share on LinkedIn