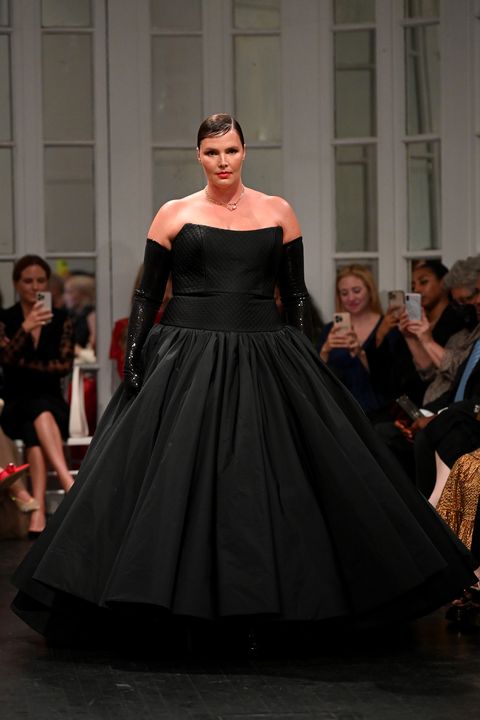 Full disclosure: I’ve been to fashion shows before. But when I heard I’d be sitting front row at Christian Siriano’s show during New York Fashion Week, I could barely contain my excitement. This was huge. The big time! His runway was different from others I’ve been to in the past—it was totally immersive and anything but traditional.

As a case in point, for the show, Siriano posted up in Elizabeth Taylor’s former townhouse with guests seated on each floor. Models showcased their looks as they walked (very, very carefully) down the steep, windy stairs. Despite us all being crammed in a three-story townhouse, it felt intimate and engaging on a personal level, like we were witnessing a spectacle at Taylor’s digs.

You could tell every decision—from the location to the music (“Drinkee” by Sofi Tukker is living rent-free in my head)—was so thoughtfully planned out, and really designed to entice the audience towards the fashion with a capital F. It reminded me of all the fun elements I wanted to be sure to include when designing my own line for Revolve. Even with so much going on, all eyes were on the clothes (including Janet Jackson’s—an icon and personal favorite of mine).

You can never have too many curvy girls in a runway show.”

I was so blown away by all the looks and all the models, especially Candice Huffine, Alessandra Garcia, and Lauren Chan. They’re some of the best in the game, as well as personal friends. Not only do I love and admire them as women, but their outfits were incredible. Siriano has such an eye for selecting women who fit his clothes well, no matter their shape, which is why I love to support him. You can never have too many curvy girls in a runway show.

Renowned for working with amazing women of all sizes, I’m happy to report that this season, Siriano included men too. (Let’s hear it for the boys!) This marked the first time he ever featured a male model in one of his shows, and I think moving toward unisex attire is indicative of the forward-thinking, trendsetting style we have come to know and adore Siriano for. I’m always so moved by his creative direction and truly look up to him as a leader in the fashion industry.

The trends of the collection were definitely big hats and big buttons, sexy jumpsuits, polka dots, a lot of sequins, feathers, and cutouts. The general vibe was flirty and overly vivacious, in the best possible way. (Thanks Liz!) 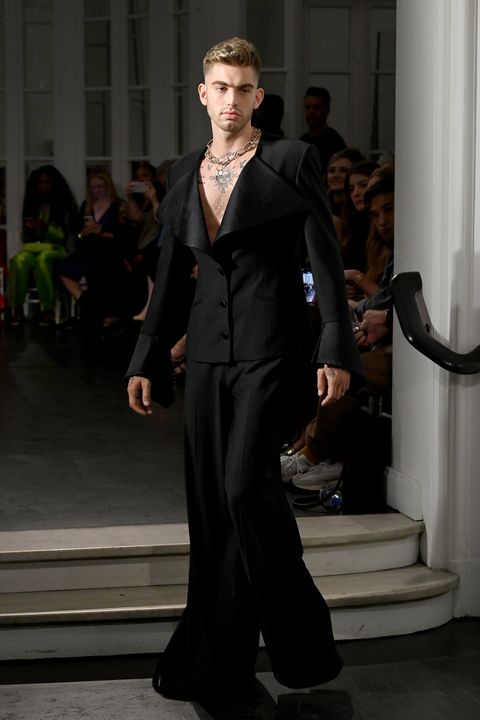 A male model walks the runway at Christian Siriano.

My absolute favorite looks of the night were a bright blue ballgown with a black sequin bodice and matching gloves, and a slinky white sequin gown with long sleeves. They were so incredibly stunning that I kept thinking about them again and again (and again) later in the night, hours after the show wrapped. (The mark of a strong look, IMO.)

Siriano’s standing ovation at the end of the show was so deserved, and the positively gleeful way in which he triumphantly accepted his applause just goes to show how lucky we are to have a designer like him leading the way. A hero among us!

Remi Bader is a viral content creator and curve model leading conversations around body representation in the fashion industry.

EVERY IDOL LOVES this PRETTY RIBBON HAIRSTYLE 🎀😍 #shorts #kbeauty #kpop #tutorial #koreanhairstyle
Braided updo hairstyle | Braided bun hairstyle | Easy hairstyle tutorial #hair #hairstyles
Macklemore Opens Up About Sobriety: “I Choose Life Over Death”
Is It Better to Work Out in the Morning or at Night? Experts Settle the Debate
I Worked Out Like Chris Hemsworth For 13 Weeks, and I’ve Never Felt So Strong