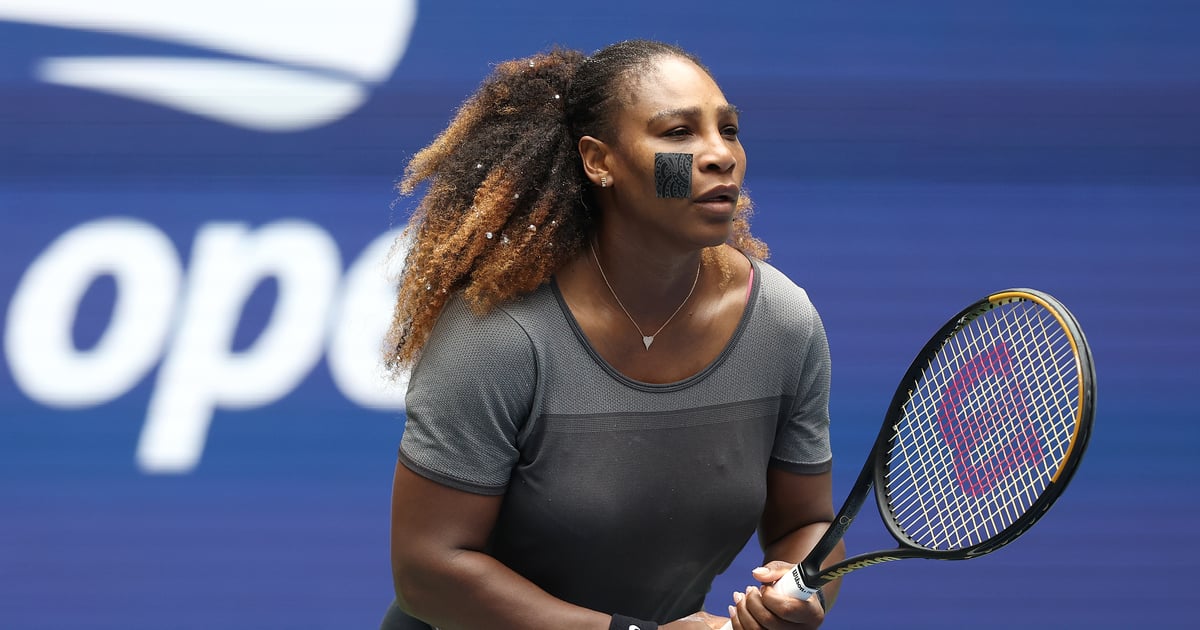 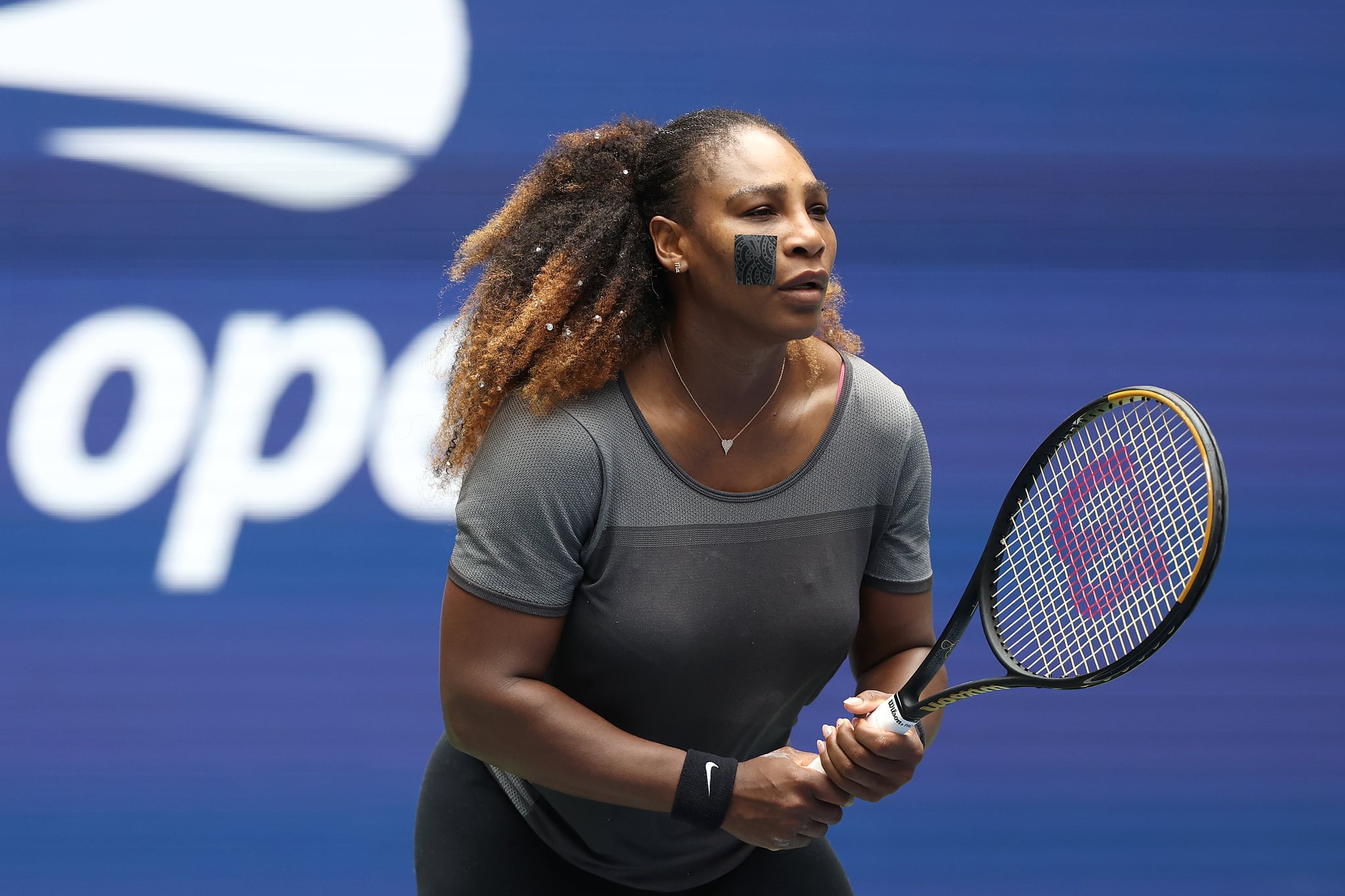 Serena Williams’s tennis fashion is always on point, but fans have noticed one recent addition to her on-court look: a strip or two of tape on her face, specifically her right cheek. We’re used to seeing athletes use kinesiology tape along muscles and joints in their arms, back, or legs, but it’s a little rarer to see someone sporting it on their cheek. Some pro skiers apply kinesiology tape on their noses and cheeks to help protect them from the cold, but that’s not typically an issue for Williams when she steps on the court in spring and summer. So what’s the story behind Williams’s face tape, which she sported at Wimbledon 2022 and during training for the US Open?

The 23-time Grand Slam winner suffers from sinus problems, an issue she’s had for years, and The Times has reported that this is the likely reason she’s been wearing the kinesiology tape on her face, according to Insider. “I’m a sinus sufferer,” Williams said in 2007, according to a Reuters article. “Playing tennis or pretty much doing anything every day is not easy when you have sinuses. You feel a lot of pressure, congestion and pain and training for Grand Slams . . . it’s not easy.”

In the 2007 article, Williams noted that she takes hot showers, avoids having ice in her drinks, and uses a natural saline spray to address her sinus issues. The face tape is a newer addition. Typically used along muscles and joints, this taping method is purported to alleviate pain, reduce inflammation, and facilitate lymphatic drainage “by microscopically lifting the skin,” according to the Kinesio Taping website. While some studies have found benefit to the taping technique, others note that kinesiology tape may produce nothing more than the placebo effect (which, for athletes looking for any edge possible, can still be an important benefit).

There doesn’t appear to be any studies focusing on kinesiology tape use for sinuses specifically, but some tape brands list it as a potential use. Greg Venner, the CEO of KT Tape, told USA Today in February that the brand “doesn’t endorse the use of kinesiology tape on the face as it isn’t clinically tested. However, we certainly applaud the creativity.” Williams’s tape, along her right cheek, is likely targeting the maxillary sinus, which is located just to either side of the nose.

Williams wasn’t sporting face tape during her first match at the US Open, so maybe her sinuses are giving her a break during what might be her last professional tournament. Either way, it seems like the GOAT of tennis has found a sinus strategy that works for her.

Here’s Exactly ﻿How To Get Rid of Forehead Wrinkles
I Tried Future Makeup Trends | Anishka Khantwaal |
easy hairstyle tutorial (pt. 2) 🤍 #hairstyles #hairtutorial
How to Build a Stronger Side Plank, Plus Variations That’ll Toast Your Core
Jane Fonda Reflects on Her Past Eating Disorder: “It’s a Very Lonely Thing”