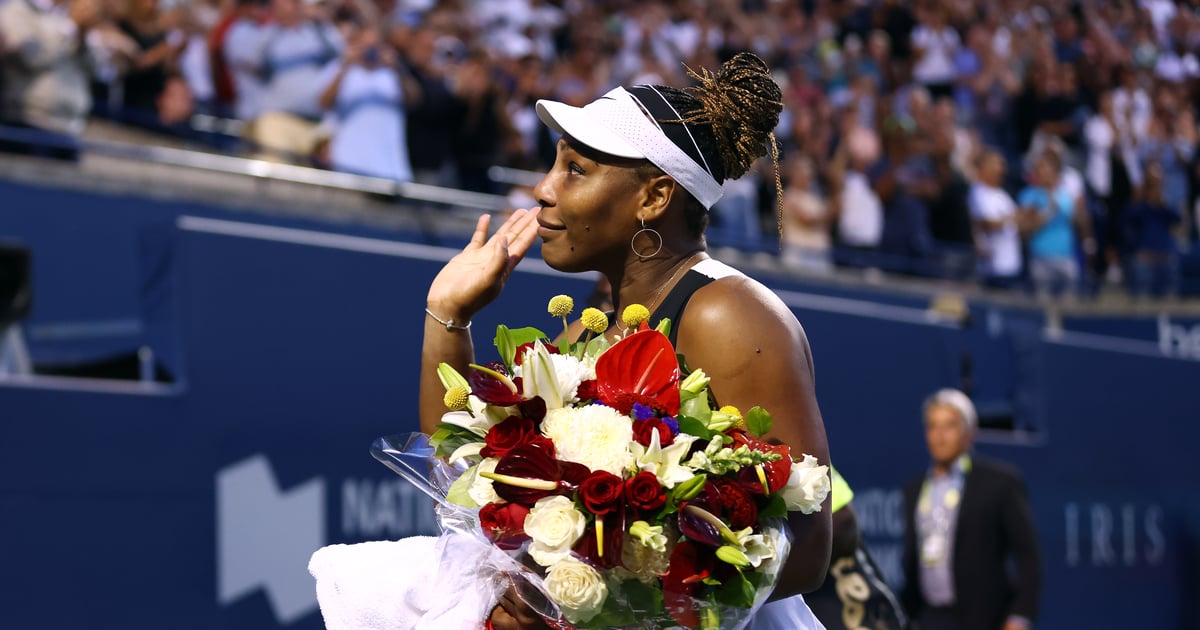 Serena Williams played the Canadian Open for the last time Wednesday night. The 40-year-old tennis star’s career has spanned decades, earning her 23 Grand Slam singles titles, four Olympic gold medals, and worldwide recognition as one of the greatest tennis players of all time.

The athlete recently announced she was retiring from tennis in a first-person essay for Vogue, making her last match at the Canadian Open an emotional one. After losing to 2020 Olympic gold medalist Belinda Bencic, Williams was honored with a standing ovation. In a postmatch interview with Tennis Channel, Williams said the experience was “so memorable” before giving a tearful farewell to Toronto. “I’m terrible at goodbyes,” she said before thanking cheering fans for their support. Spectators held up signs thanking Williams for her dedication to the game.

“I’ve always had some amazing times here both on and off the court. I’ll be coming back just as a visitor to this city,” Williams told the audience. She ended with a final thank-you “from the bottom of my heart” and told fans, “It’s been a joy playing in front of you guys all these years.”

It seems that Williams will be focused on growing her businesses and family after retirement. In her Vogue essay, she wrote: “I’m evolving away from tennis, toward other things that are important to me. A few years ago I quietly started Serena Ventures, a venture capital firm. Soon after that, I started a family. I want to grow that family.”

Williams has a 4-year-old daughter, Olympia, with husband Alexis Ohanian, and the couple are planning to have more children. “In the last year, Alexis and I have been trying to have another child, and we recently got some information from my doctor that put my mind at ease and made me feel that whenever we’re ready, we can add to our family. I definitely don’t want to be pregnant again as an athlete. I need to be two feet into tennis or two feet out,” she wrote. Serena, we wish you all the best.