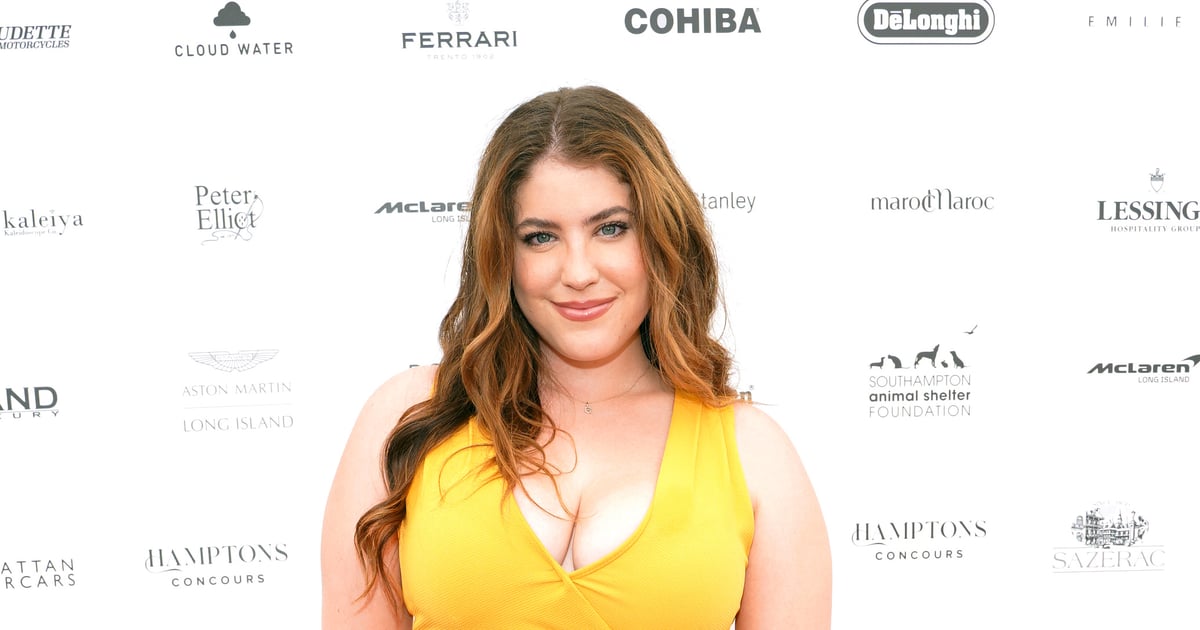 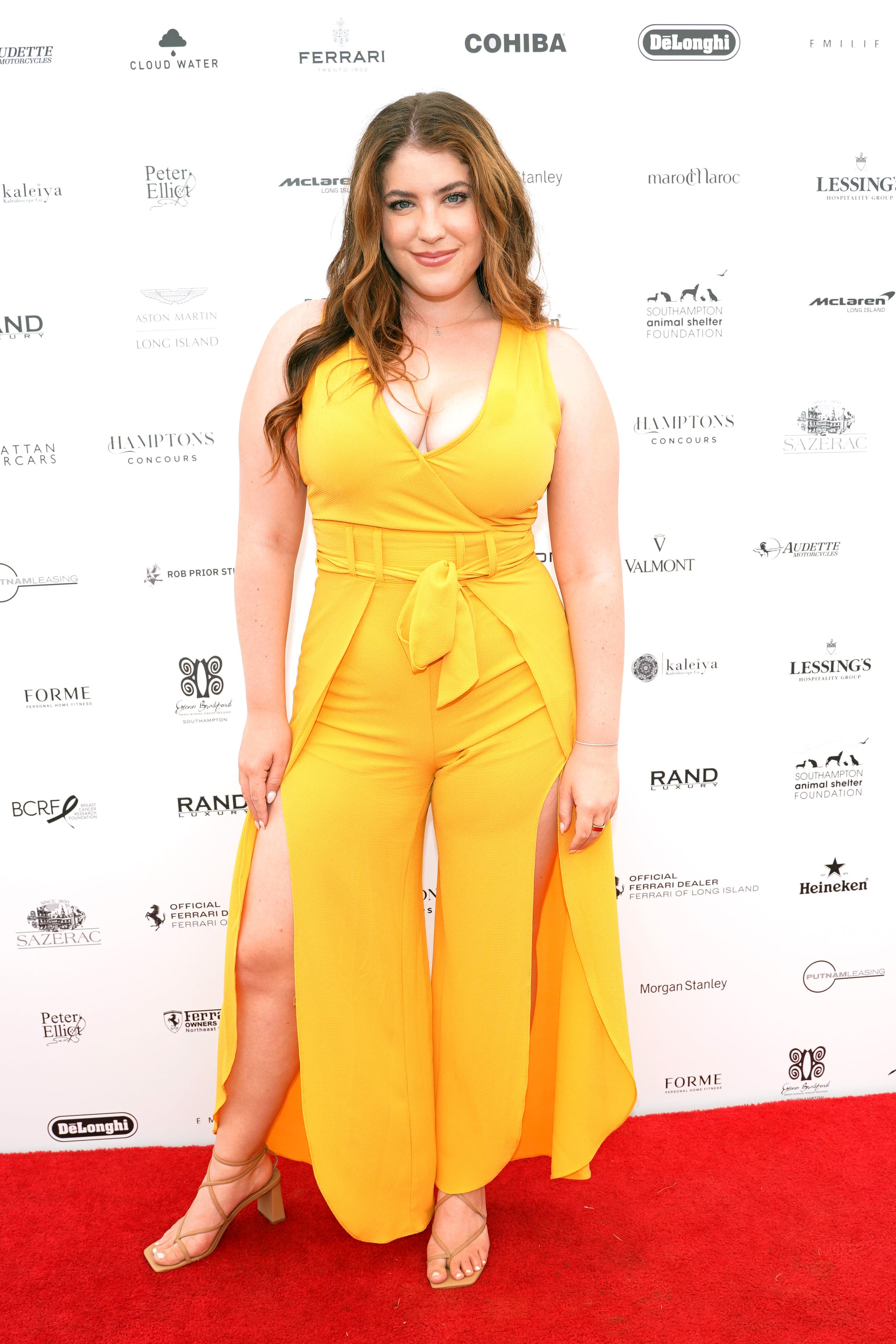 Gigi Robinson is busy. The 24-year-old influencer, photographer, podcast host, and entrepreneur recently added “swimsuit model” to her stacked list of credentials when she became the first Sports Illustrated model to openly speak about her chronic illness.

Robinson passionately uses her platform for advocacy — and chronic illness is far from the only important subject she broaches. She recently launched her podcast, “Everything You Need Is Within,” to talk about body image, mental health, and content creation with experts like Diversability founder Tiffany Yu, Sofi the Oddity, and Playboy social media editor Helen Sibilia. And if that wasn’t enough, she’s also working on an exciting new project that “focuses specifically on self-advocacy for students, patients, and anyone who struggles with their body image,” she says.

Robinson, who was diagnosed with connective-tissue disorder Ehlers-Danlos syndrome (EDS) at age 11, has more than 130,000 followers on TikTok alone. She sums up her mental health strategy with one phrase: “I live by the saying ‘what someone else thinks of you is, frankly, none of your business.'” But Robinson has a lot more to say about standing up for herself, finding a support system, and coming into her role as an educator — and what it took for Robinson to become outspoken in her advocacy.

POPSUGAR: You’re an advocate for mental health awareness. What makes you so passionate about both that and body image?

Gigi Robinson: Living with EDS has challenged me in a lot of ways, because I feel like my body has betrayed me and it makes everything difficult, especially when I have flare-up days. Luckily, I live in New York City, and during college, I lived in Los Angeles with access to expert specialists for chronic pain and EDS. I really needed a support system. For me, that became my medical care team as I struggled with my emotional and mental health. I was simultaneously taking medicine and developing a lot of insecurity with my body. This caused me to have challenges with binge eating and ultimately led me to talk about it with my doctors and therapists. I don’t know how I got to a point where I needed help, but I know working with a medical care team that understood my needs and focused on my specific condition really helped push me to set more medical boundaries. If it helped me, someone with over a decade of medical challenges, I could only hope that it would help others as well. That’s why I advocate for it.

In a post-COVID world, where it’s clear that accommodations such as remote learning, hybrid class, and extended deadlines exist and very much helped the overall academic experience for chronically ill and disabled students, the worst part is that as we come out of the pandemic, we are resorting back to prepandemic habits and methodologies for learning, which disregard students with these accommodations. And although there are offices of accessibility and disability services at universities, it’s clear we need to give students the power to advocate for themselves, to be able to ask teachers for what they need to do their job as a student best.

And part of sharing my story is so that others don’t make more mistakes, and they can learn from the hardships that I’ve experienced with my chronic health issues.

PS: You’ve spoken publicly about your own decision to not drink alcohol. What guided that decision?

GR: I actually never had a problem with alcohol, but I feel like when people say that they’re sober or don’t drink, everyone assumes they had a problem. For me, it’s all about my health. There’s no other way around it: I’m literally allergic to alcohol. It would trigger awful reactions with my mast cell activation syndrome [which causes repeated episodes of severe allergy symptoms] where my face would puff up and my eyes were almost fully swollen shut. I also would get terrible joint pain anytime that I drank. So I stopped. Coincidentally, a few months later, I started on a new pain medication that’s helped me tremendously and changed my life; this kind of medicine is considered a controlled substance, and you’re not allowed to drink alcohol on it, so it just seemed to work out in my favor anyway. I really love not drinking because it just helps me live a better life with less chronic pain.

Oftentimes, I hold a club soda with lime, which looks like a tequila soda, or a ginger ale in a whiskey glass with an ice cube that mimics a whiskey, or I order a mocktail! Nobody has to know, and it’s none of their business, quite frankly. If somebody asks me why I don’t drink, I ask them a question that reframes and deflects the question back to them: “Why do you care what I’m drinking? What are you drinking?” And if they’ve had a drink or two, they’ll typically always jump to tell you about what they’re drinking. If they keep pushing to know what I am drinking, I typically know they’re not the kind of person I want to be around — I’m not a fan of peer pressure!

PS: There’s so much emphasis on building a support system, but how can people — especially during COVID, hybrid work schedules, and remote school — actually do that?

GR: I stick to the basics: Instagram, TikTok, and even Snapchat. Prepandemic, I specifically sought out a local community of people living with my conditions. This also led to a series of IRL meetups, which was really empowering. It was great to meet with people and also incorporate them into some of my projects. Now that we’re in a post-COVID world, virtual connection is definitely something that’s not going away, and there are a lot more ways to connect with new people. I still defer to Facebook groups and chat with people through DMs. I have met some of the coolest people through these support groups, including my friends @izzy.kornblau, @butyoudontlooksickofficial, and @ashley_carnduff.

PS: What do you wish everyone knew about Gen Z’s mental health?

GR: It’s imperative to include us in the conversations, because although we’re not as old as you, we’re not kids anymore. We’re the generation that grew up in digital-first environments that have shaped who we are and how we act. As the world around us changes, we’ve adapted to it, and as we’ve done that, we’ve received a lot of pushback from those not wanting to adapt. When it comes to mental health, education accommodations, social media literacy, the future of the workplace, and more, let us have a seat at the table.

Never Have I Ever’s Maitreyi Ramakrishnan’s Guide to Bold Eyeshadow | Beauty Secrets | Vogue
Who Needs to Get the Monkeypox Vaccine?
This Upper-Body Workout Is All You Need to Build Strong Arms and Shoulders
Why Is the Internet So Angry at Kim Kardashian For Posting Her Body-Fat Percentage?
Looking For the Cutest, Comfiest Bike Shorts? We’ve Got You Covered