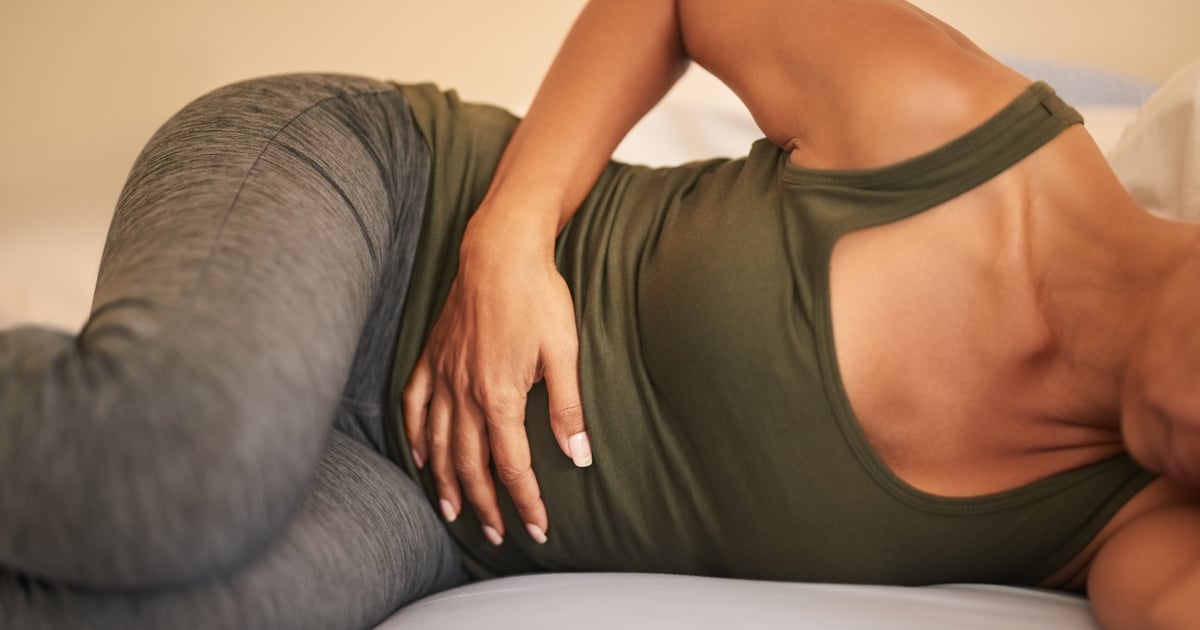 IUDs are a super-convenient, hands-off form of birth control — your doctor inserts it and, ideally, you don’t have to think about it again, aside from checking the strings and replacing it before it expires. Like every other medication, though, IUDs also come with potential risks and complications to be aware of — including the fact that, yes, IUDs can move out of place or get expelled from your uterus, though it’s rare.

When an IUD becomes displaced, or moves from where it’s supposed to be in your uterus, it can either perforate the uterus or be expelled from it. Perforation means the IUD has poked a hole in the uterine wall, which, if big enough, could allow the IUD to move out from the uterine cavity. Perforation is very rare, occurring in only 1.4 out of 1,000 hormonal IUD insertions and 1.1 out of 1,000 copper IUD insertions, according to a large 2015 study.

Regardless of how rare it is, it’s not pleasant or reassuring to think about your IUD moving around or suddenly falling out your uterus without warning. The good news is that there are typically some signs that your IUD might be out of place or in the process of falling out. POPSUGAR tapped two experts to discuss what causes displaced IUDs, signs that your IUD is falling out, and what you should do if your IUD has become displaced.

Can an IUD Fall Out?

While it’s rare, it is possible for an IUD to fall out or become dislodged. “The most common reason is anatomy,” Amir G Nasseri, MD, FACOG, tells POPSUGAR. “The IUD is a small device that’s shaped like a T and fits inside the uterine cavity.” While IUDs come in standardized sizes, “uteri can vary tremendously from one person to another.” He adds that an abnormal growth within the uterus, such as a fibroid, could also cause the uterus to expel an IUD.

Forceful uterine cramping could also lead to expulsion, says Kim Langdon, MD, an ob-gyn with Medzino, but she notes that it’s very unlikely that a well-placed IUD “could navigate through the cervix without getting stuck.”

Signs Your IUD Is Out of Place

There are a couple of telltale signs that your IUD has shifted within the uterus, including:

A displaced IUD or an IUD being expelled from your body could cause an infection if it becomes embedded in your uterine muscle or your cervix, Dr. Langdon says. It will also become ineffective if it moves out of the cavity of your uterus, which means you’re no longer protected from pregnancy.

Displaced IUD: What Should You Do?

If you experience symptoms of IUD displacement or expulsion, call your doctor right away. It is NOT recommended that you push your IUD back into place or take it out yourself, as this can lead to serious injury or infection, Dr. Nasseri explains. Doing so can also compromise the IUD’s effectiveness. Once you suspect your IUD is out of proper position, it’s recommended that you use a backup form of birth control until your doctor says it’s safe to go without.

If your IUD is displaced or being expelled, your doctor will remove it, either via the usual removal procedure (pulling the IUD out through your cervix, the same way it went in) or through a laparoscopy if the IUD has perforated and moved outside your uterus. You can either choose to have a new IUD inserted or use another form of birth control. A doctor will not attempt to reposition the old IUD, as this is “too risky and increases the chance of an infection,” Dr. Langdon says.

If you do choose to get another IUD inserted, note that there is a 30 percent chance of experiencing another expulsion. “Once the IUD has fallen out, this may be a signal from your body that this form of birth control is not right for you,” Dr. Nasseri says. Discuss other birth control options with your doctor or ask what else they can do to ensure the IUD stays in place, which may include switching to a smaller IUD such as Skyla or Kyleena, or performing an ultrasound right after the insertion to check on placement.