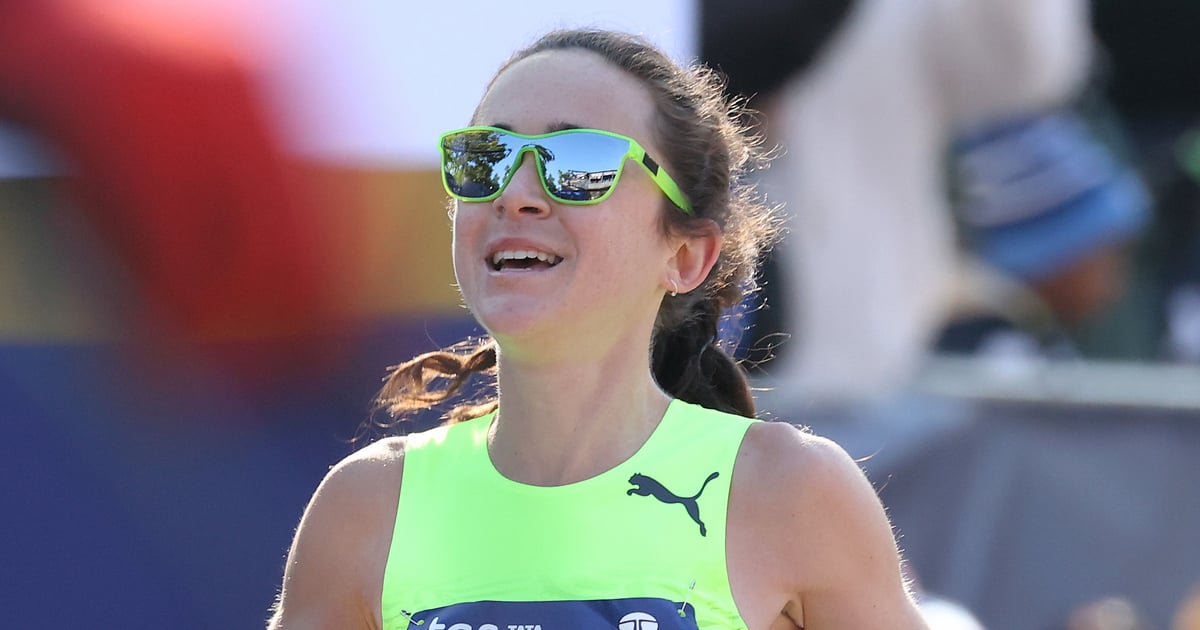 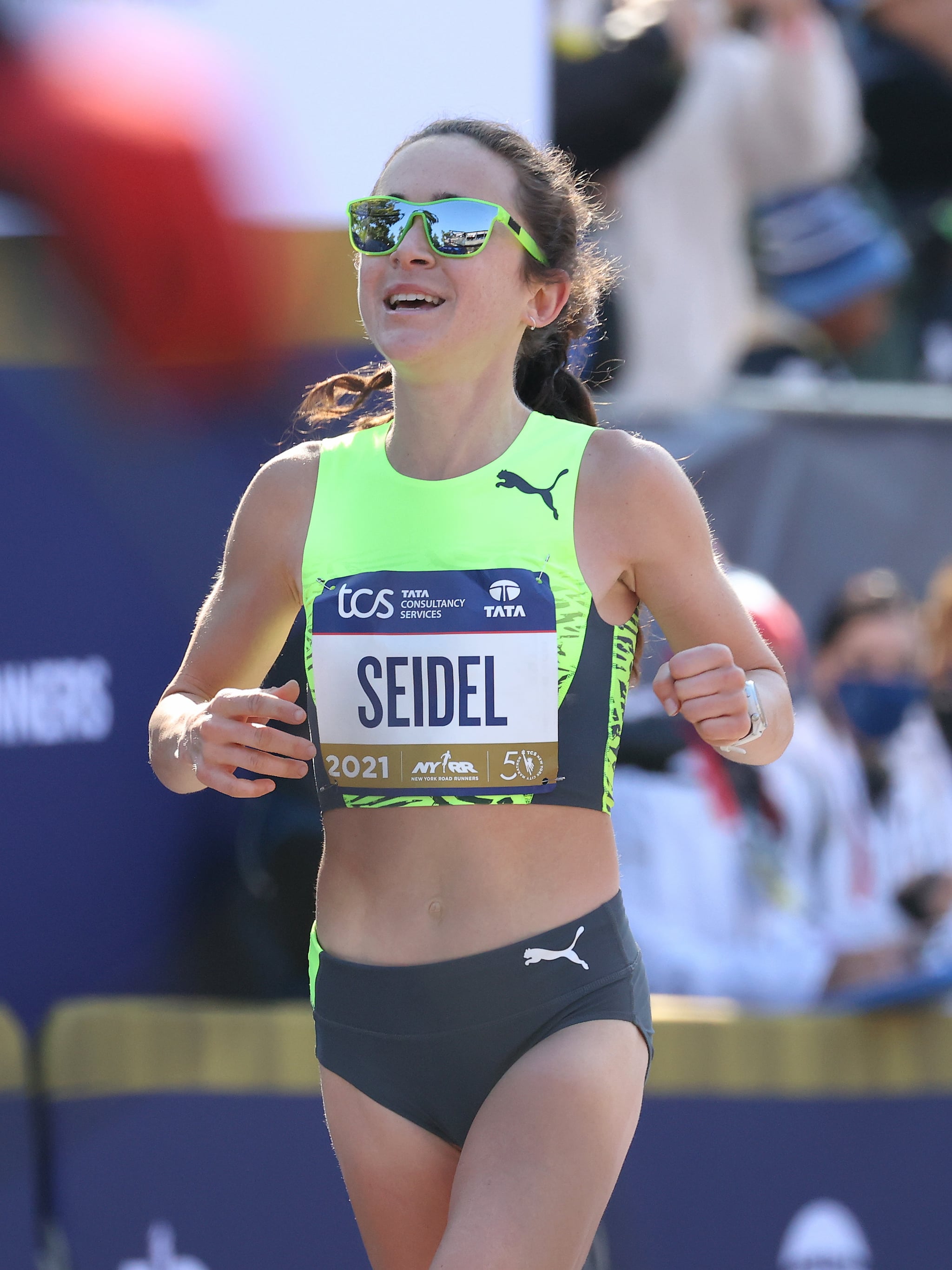 Last time most of us saw Molly Seidel, she was fist pumping in triumph as she crossed an Olympic finish line, having just secured a bronze medal at the Tokyo 2021 marathon. It was a life-changing moment for Seidel, who became the first American woman to medal in the Olympic marathon since Deena Kastor in 2004. In the months since, the 27-year-old has gone on to set an American record at the New York City Marathon, sign a sponsorship deal with Puma, and race in her first Boston Marathon, though she was forced to drop out due to hip pain.

Alongside the career success, Seidel, who maintains her signature brand of clever, candid humor online, continues to share her mental health journey, including struggles with an eating disorder, OCD, anxiety, and depression. On Thursday, Seidel took to Instagram to announce her withdrawal from the New York Mini 10K this weekend, explaining how the decision is largely because of her mental health and the medications she uses to manage it.

In the post, Seidel explains that she’d previously been “pretty anti-medication” after experiencing bad reactions to multiple SSRIs (selective serotonin reuptake inhibitors), a common form of antidepressants. She also mentioned new meds would often “lead me to a really dark place,” she says. Because of this, for a long time, she chose to live without medication and manage her mental health through therapy alone, “which helps, but honestly can be extremely difficult.”

Seidel says that after struggling significantly following the 2021 Olympics last year, she switched therapists and was ultimately diagnosed with mixed-type ADHD, a diagnosis where someone may experience symptoms of both inattention and hyperactivity, and impulsivity. (These are the two typical types of ADHD, and someone who experiences both symptoms is diagnosed with mixed-type or combined-type ADHD.) Following the diagnosis, Seidel was prescribed Adderall and began taking it after the Boston Marathon this spring.

“It would probably be appropriate to describe it as life-changing,” she writes. “[F]or the first time, I felt like I was able to get the quiet, functioning brain in my day-to-day life that I could previously only achieve with intense physical activity.” The medication also helped her manage eating disorder behaviors that she’s dealt with for years, she said.

Seidel went on to explain that Adderall is not approved for in-competition use by the World Anti-Doping Agency (WADA), so she applied for a Therapeutic Use Exemption (TUE), which allows an athlete with a medical condition to use a prohibited substance. “A TUE allows you to use the medication or method as it will not afford you a competitive advantage, but rather ensure you can compete in a proper state of health,” according to WADA’s website.

Seidel says she obtained the necessary approvals and signatures from her psychiatrist and therapist, but the application process is a long one. “After applying about six weeks ago, I will not receive a decision until at least late June,” Seidel writes, “and since I can’t stop my medication without some serious mental health ramifications, I will not compete with Adderall in my system until I have full approval from both USADA [US Anti-Doping Agency] and WADA.”

The decision left Seidel “gutted,” but she says she’s “committed to a clean sport and respecting my own mental health needs,” which means following the TUE process to a T. “Mental health takes work, and I want to be transparent about the fact that medication is sometimes a very necessary part of that work,” Seidel writes. She’ll continue to wait for her application to be processed, with an eye on returning in time for the world championships in July. In the meantime, the defending Olympic bronze medalist will “continue training and focusing on being the best and healthiest version of myself.”