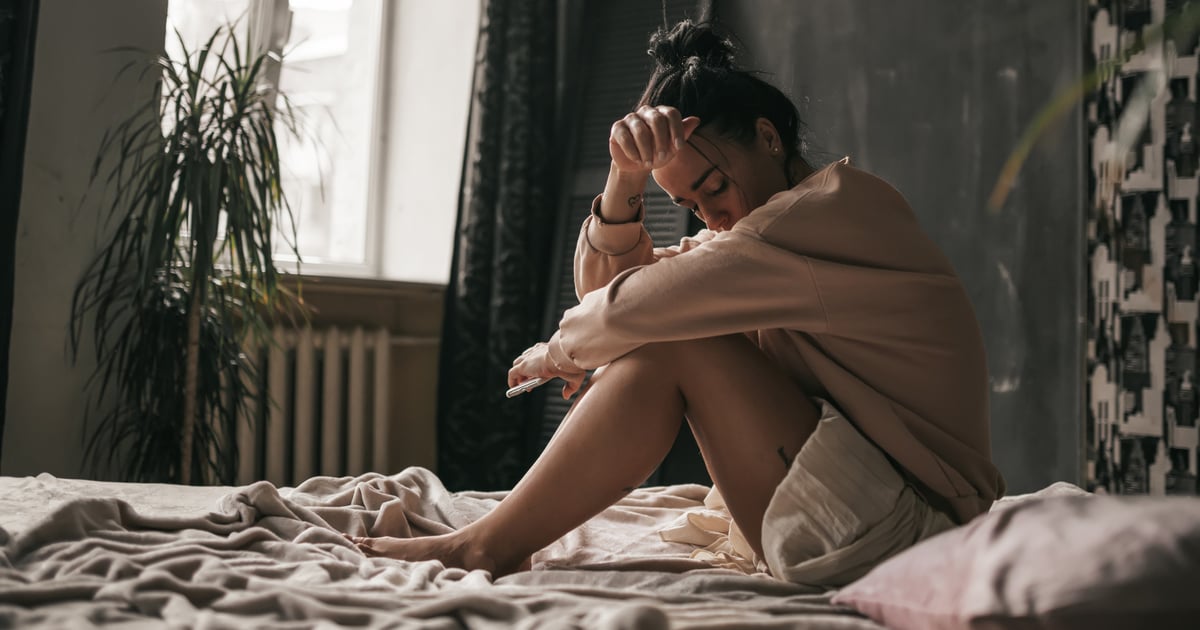 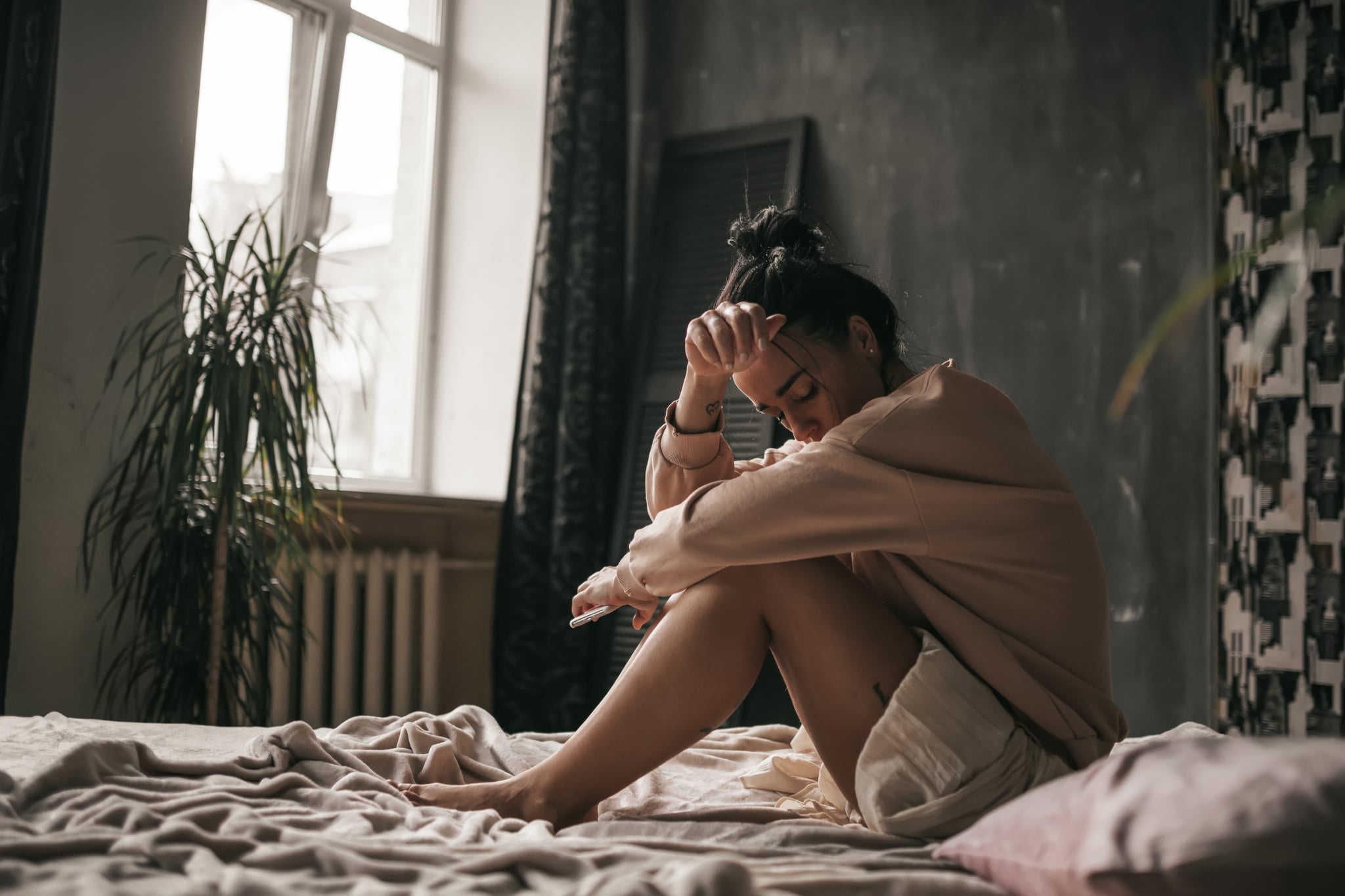 Sometimes it feels like everywhere I turn, I hear different variations of the same statement over and over: “I’m so OCD,” “He’s a little bit OCD,” “I need to clean my kitchen, my boyfriend is totally OCD.” In a virtual work meeting just last week, a makeup artist approvingly said that some of her clients are “so OCD” that she never has to worry about their makeup being less than perfect. I was scrolling TikTok a few nights ago when I saw a girl stating she only lets her boyfriend buy certain types of shoes because she’s “OCD.” I’ve heard it from celebrities; even from friends.

As someone clinically diagnosed with obsessive-compulsive disorder, it’s exhausting listening to people trivialize a mental illness that makes me miserable every single day. If you’re guilty of what I’m talking about, please, understand: OCD is not an adjective. It’s a noun, and it describes an exhausting, debilitating, often terrifying condition.

When I was 11, I started compulsively confessing to my Mom. Whether it was about something big, like cheating on a test at school, or something as simple as having a negative thought, if my brain deemed something I did as “bad,” I had to tell my Mom. It didn’t matter how insignificant or unimportant it was, if I didn’t confess, the guilt would take over. I would have a sick feeling in my stomach, I couldn’t eat, I couldn’t sleep, and nothing would make me feel better until I confessed. Once I did, I would feel OK for a little while, until my brain latched onto another “bad” thought, and the cycle would start all over again.

OCD is not an adjective. It’s a noun, and it describes an exhausting, debilitating, often terrifying condition.

This went on for years, until one day the need to confess ebbed away. I never gave it another thought, until I started confessing again when I was 27 — this time to my boyfriend. I’ve always been a bit of an oversharer, but this went so far beyond oversharing. I knew something was wrong, but I had no idea what to do about it. I went to different doctors, psychiatrists, and even a hypnotherapist — but nothing could stop the constant anxiety, other than confessing. In the months that followed, I was misdiagnosed as bipolar, put on a bipolar med, and sent to a bipolar specialist. It wasn’t until I told her about the confessing that she realized what was actually going on: I had obsessive-compulsive disorder.

Looking back now, I can see how OCD infiltrated my entire life starting from when I was 11; I just didn’t see it at the time. I was always told I was controlling or eccentric because I needed things a certain way, but no one ever guessed there was a mental illness behind all of my “quirks.” Of course, I had heard of obsessive-compulsive disorder, on TV and in books and movies, but it had always been portrayed as being overly organized or germaphobic. Any time I heard someone referencing OCD, they were usually using it flippantly and, typically, incorrectly.

I had heard of obsessive-compulsive disorder, on TV and in books and movies, but it had always been portrayed as being organized or cleanly. Any time I heard someone referencing OCD, they were usually using it flippantly and, typically, incorrectly.

It’s become so common to use the term as an adjective that if you look up OCD in the Oxford Dictionary, the definition includes the following entry: “adjective: having a tendency towards excessive orderliness, perfectionism, and great attention to detail.” The dictionary calls out this definition as “offensive,” and it is — but sadly, the word’s “slang” usage is still shockingly widespread.

As someone with obsessive-compulsive disorder, I believe using OCD as an adjective is harmful for many reasons. For one, using OCD when you mean “very neat” invalidates the feelings of those who are suffering from symptoms associated with the condition. Clinical counselor Amanda Petrik-Gardner, LCPC, LPC, LIMHP, tells POPSUGAR, “When OCD (or any mental health disorder) is used as an adjective, it dismisses the severity of the diagnosis and invalidates those with the actual disorder.”

The second reason is that using OCD as an adjective oftentimes exacerbates stereotypes about the disorder, which can make it hard to recognize real symptoms of OCD. If what OCD was really like was talked about more, and if more people knew the different subtypes and the symptoms, rather than writing it off as a term used to describe people who are overly organized, maybe people wouldn’t have to search so long and so hard for a diagnosis, like I did.

Even if someone is clinically diagnosed with OCD, they still are not “OCD” — because OCD is not an adjective.

Whenever I hear someone refer to themselves or someone else as “so OCD” in conversation, my immediate reaction is always either annoyance or anger. But a doctor I’ve worked with in the past, Dan Kalb, PhD, tells POPSUGAR that these moments could be an opportunity to call people in and educate them. “Though OCD sufferers may feel grossly misunderstood or casually dismissed by those who use OCD as an adjective, it’s best to regard this as a teachable moment. Assume the other party meant well and was simply trying to connect. Respond in a respectful, truly helpful manner without pique or condescension. We all make unintentional mistakes due to ignorance, and none of us likes to be chided or shamed when we do,” Dr. Kalb says.

Part of me agrees with Dr. Kalb, and at times I’ve wished I’d been better about speaking up and helping people understand why flippantly calling oneself “so OCD” is incorrect and even offensive. But although he does have a point, and I believe that this problem won’t go away without all of us having more open conversations about mental health in general, I also don’t think the responsibility should always fall on me to educate those who are not using mental health related terms correctly. Even though I’m fairly open about the fact that I have OCD, it’s not something I feel comfortable talking about all the time, but I often find myself disclosing my diagnosis when I’m encouraging someone to refrain from using OCD as slang.

I understand that most people who use OCD as an adjective don’t intend to be harmful or insensitive, but regardless, that’s the impact of their words. And OCD isn’t the only mental health term that’s used incorrectly: I often hear people using words like “bipolar,” “addicted,” and “anorexic” as slang to mean moody, passionate about, or thin. I think this speaks to the fact that we have a long way to go when it comes to reducing stigma around mental health. But it’s never too late to start, especially if making a difference is as simple as choosing a different adjective.

If you’re someone who casually uses the term OCD as an adjective, please stop. While the harm might not be intended, it’s still there.

So, if you’re someone who casually uses the term OCD as an adjective, please stop. While the harm might not be intended, it’s still there. Think about all of the people who are suffering from the disorder and don’t yet know what’s going on with them. Think about how alone they might feel, how they might be scared of their own thoughts, and how they might be questioning their own sanity.

Even if you would never use mental health terms flippantly, consider speaking up when you hear other people doing so. Let them know why you think the habit is harmful, so the burden doesn’t always fall on people with the condition to spread awareness. And if you’re someone who has OCD and you’re tired of hearing people use the term as an adjective, know you’re not alone.