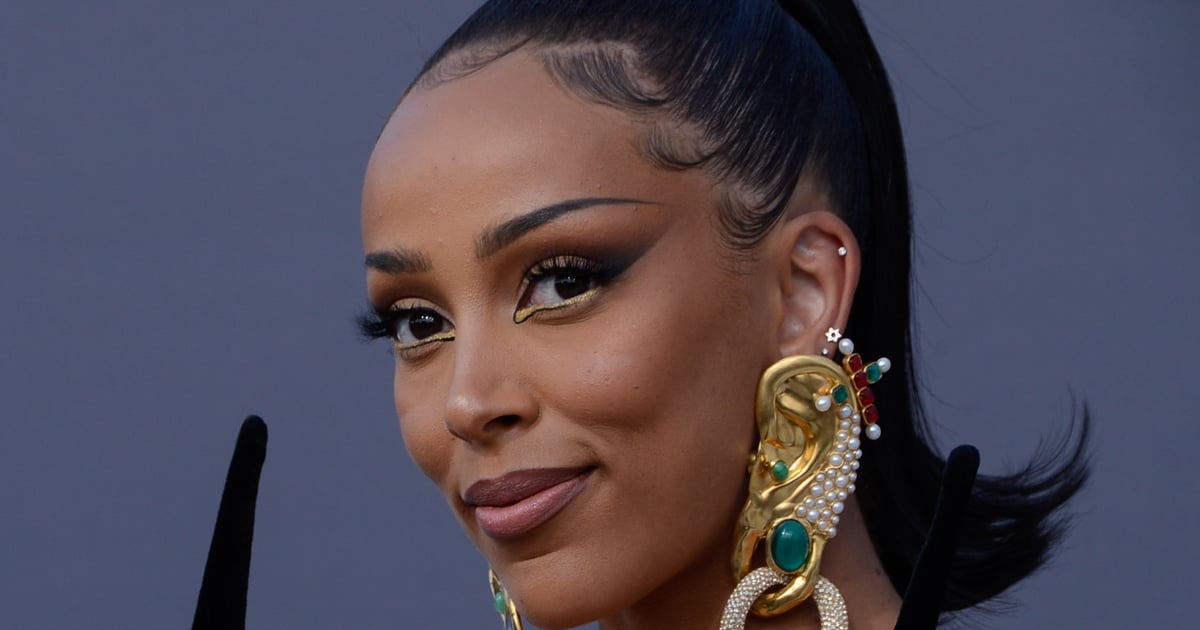 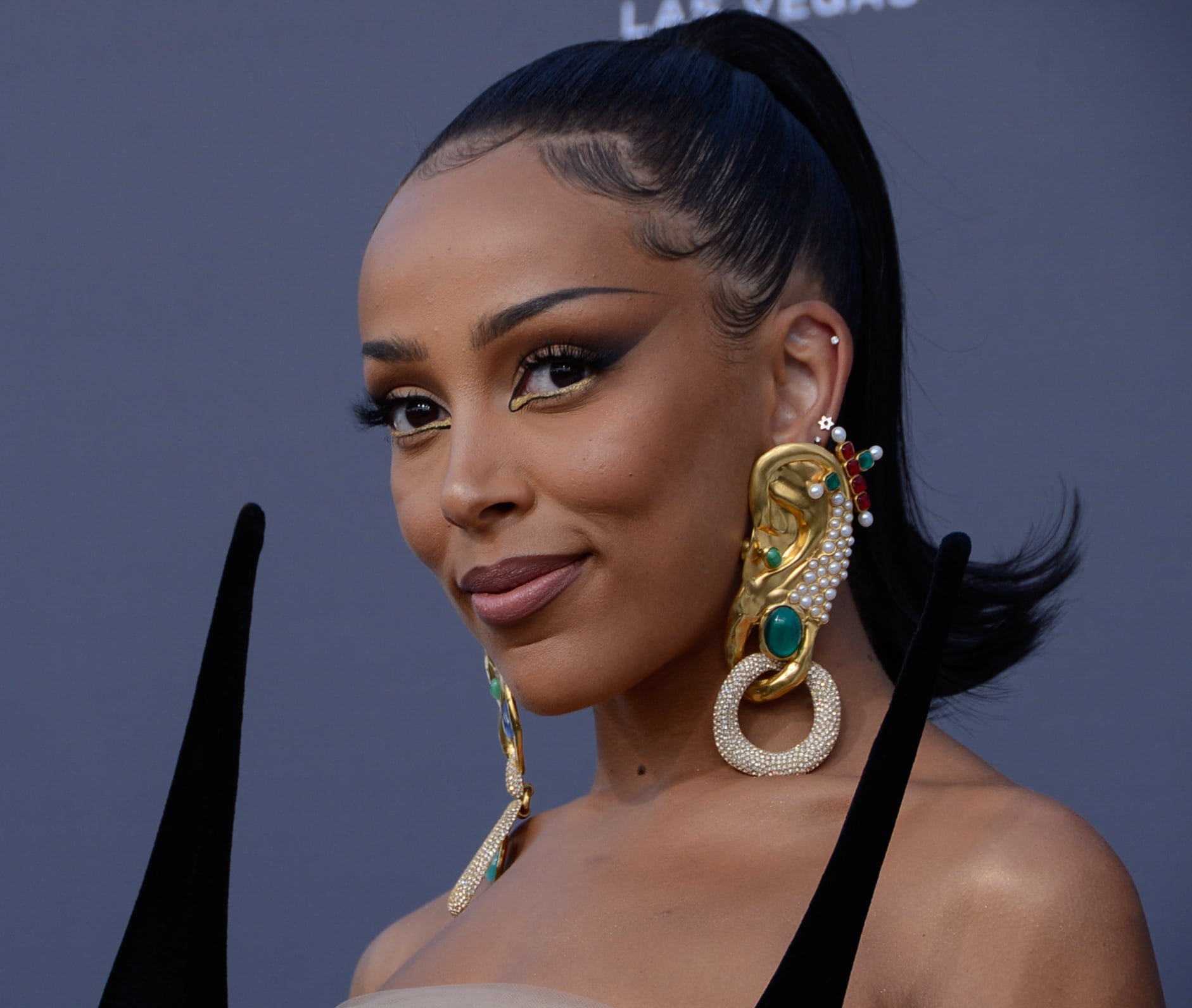 Major apologies to all the Doja Cat stans out there who were looking to party it up with her this summer. According to a post uploaded to the artist’s Twitter, her summer festival and The Weeknd tour has officially been canceled.

In an image posted to Twitter, she wrote, “Hi guys. I wanted you to hear it from me first. Unfortunately I have to have surgery on my tonsils asap. The surgery is routine but the recovery is going to take awhile due to swelling. That means I have to cancel my festival run this summer as well as The Weeknd tour. I feel horrible about this but can’t wait for this to heal and get back to making music and create an experience for y’all.”

This announcement comes nearly one day after she tweeted about a doctor removing her left tonsil because of an abscess in her throat. Doja Cat also confirmed she will likely quit vaping because of it.

“Dr. just had to cut into my left tonsil. I had an abscess in it. My whole throat is f*cked, so I might have some bad news for y’all coming soon,” she tweeted.

While Doja Cat didn’t specify what exactly was the “bad news” at that time, fans were already speculating that she would be unable to perform at upcoming events, which, unfortunately, became the reality.

As for how she got the infection in the first place, Doja Cat explained in a tweet that her tonsils got infected before the Billboard Music Awards last Sunday. “I was taking f*ckin antibiotics but forgot that I was taking them and then I drank wine and was vaping all day long and then I started getting a nasty ass growth on my tonsil so they had to do surgery on it today.”

“[The doctor] poked up in dere [sic] with a needle twice and then sucked all the juice out and then he took a sharp thing and cut it in two places and squoze [sic] all the goop out in dere [sic]. I cried and it hurt a lot but I’m OK.”

In typical Doja Cat fashion, the artist did not skimp on the details. One fan even tweeted in response, “Well I’m glad your [sic] OK but I could’ve done without the details,” to which the artist responded by tweeting an even more descriptive retelling of what happened (which is honestly pretty graphic, so if you want to see it, you can just click here).

Of course, Doja Cat’s tweets caused a Twitter frenzy, and fans were quick to respond with questions. One fan asked if she had any plans to get her tonsils removed, and she responded “Ima try and get em removed for sure very soon.” Another fan said, “girl if ur on that vape rn…”

im quitting the vape for a while and hopefully i dont crave it anymore after that. https://t.co/d2pSS2V5Eg

The 26-year-old then tweeted, “I’m quitting the vape for a while and hopefully I don’t crave it anymore after that.” In response to another tweet that is now deleted, Doja Cat said, “I’m too scared to hit it cuz my throat hurts so bad. I cried for hours. It’s not worth it. Then it’s like imagine all that weird poisonous shit in the vape seeping into the completely open wound in my throat like fuck that. I’m hella young.”

For those that need a reminder, vaping, aka smoking e-cigarettes, can be incredibly harmful for your body — just as Doja Cat alluded to.

Similarly to cigarette use, “e-cigarettes generate these aerosols of ultrafine particles in order to give you a hard nicotine hit,” Stanton Glantz, PhD, medical professor and director of the UCSF Center For Tobacco Research Control and Education, previously told POPSUGAR.

Though you’re not consuming as many “toxic chemicals” as you would when smoking a cigarette, the vapor and the particles you inhale from e-cigarettes are dangerous, too, Dr. Glantz confirmed. They can cause damage to your arteries, lungs, and heart. And in terms of heart-disease risk and lung-disease risk, “based on what we know so far, e-cigarettes are almost as bad as cigarettes,” said Dr. Glantz.

When one Twitter user suggested Doja Cat throw away the vape for good, she responded, “Throwing them away just instills panic. I’m addicted but I’m not weak. I was literally staring at my vape today that normally I’d hit a thousand times a day and hit it two times instead. I’ma try to go cold turkey for now but hopefully my brain doesn’t need it at all by then.”

“Also what makes y’all think I cant go buy a 50 pack right now? It’s not about throwing them away it’s about not needing them. Right now I NEED THEM. I don’t WANT them rn because I’m in pain. But my brain is addicted to it,” she said.

Doja Cat told fans how frustrating it is for her to read all the “throw it away” comments. “So foh [f*ck outta here] with that ‘THROW IT AWAY THEN QUEEN’ shit. That doesn’t help anybody and it just sounds condescending to anybody who’s actually struggling w nicotine addiction. I’ve tried all that throw it away shit before. Doesn’t work,” she said.

Though Doja Cat plans to quit cold turkey, for others struggling with a nicotine addiction, there are over-the-counter (OTC) methods as well as prescription methods to help those who vape wean themselves off of nicotine. As reported in another POPSUGAR article, “OTC methods like nicotine gum and lozenges, and prescription methods like inhalers and nasal sprays, can be used as needed, when a craving for nicotine is particularly strong.” Whatever method you decide to use, before you start anything, be sure to consult a trusted medical professional about your nicotine addiction in order to come up with a plan that’s best for you and your personal needs.

Though Doja Cat is majorly apologetic about having to cancel her tour, she finished her Twitter frenzy with, “y’all bout to make me cry with all the reassurance. I appreciate it. Thanks for being supportive. I love you.”

yall bout to make me cry with all the reassurance. i appreciate it. thanks for being supportive. i love you.