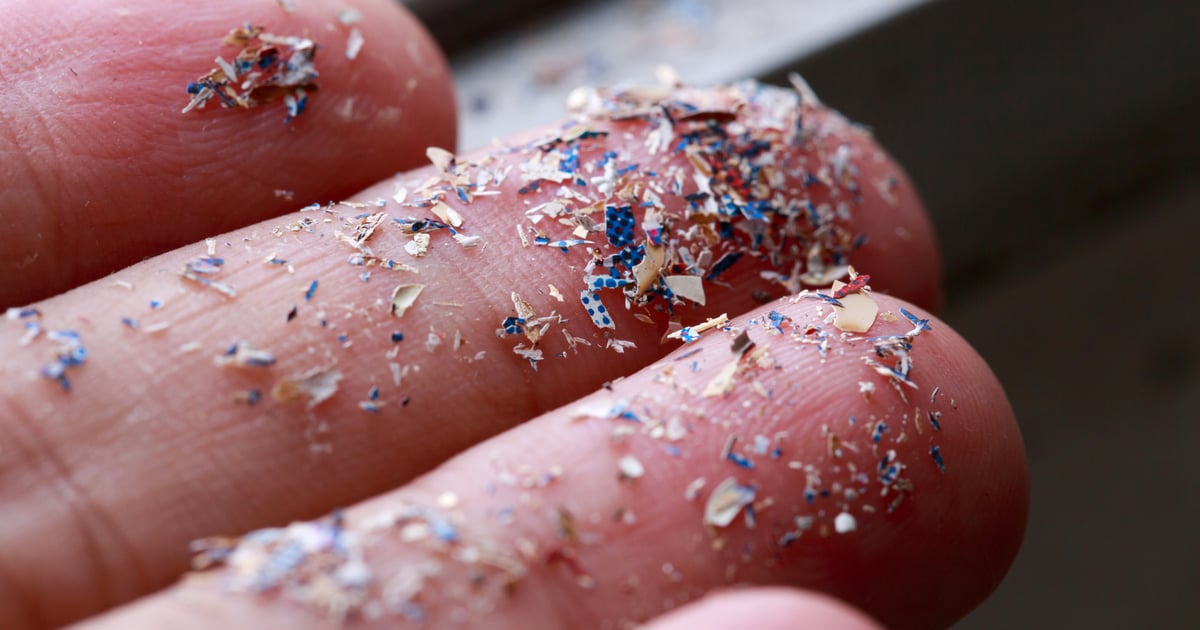 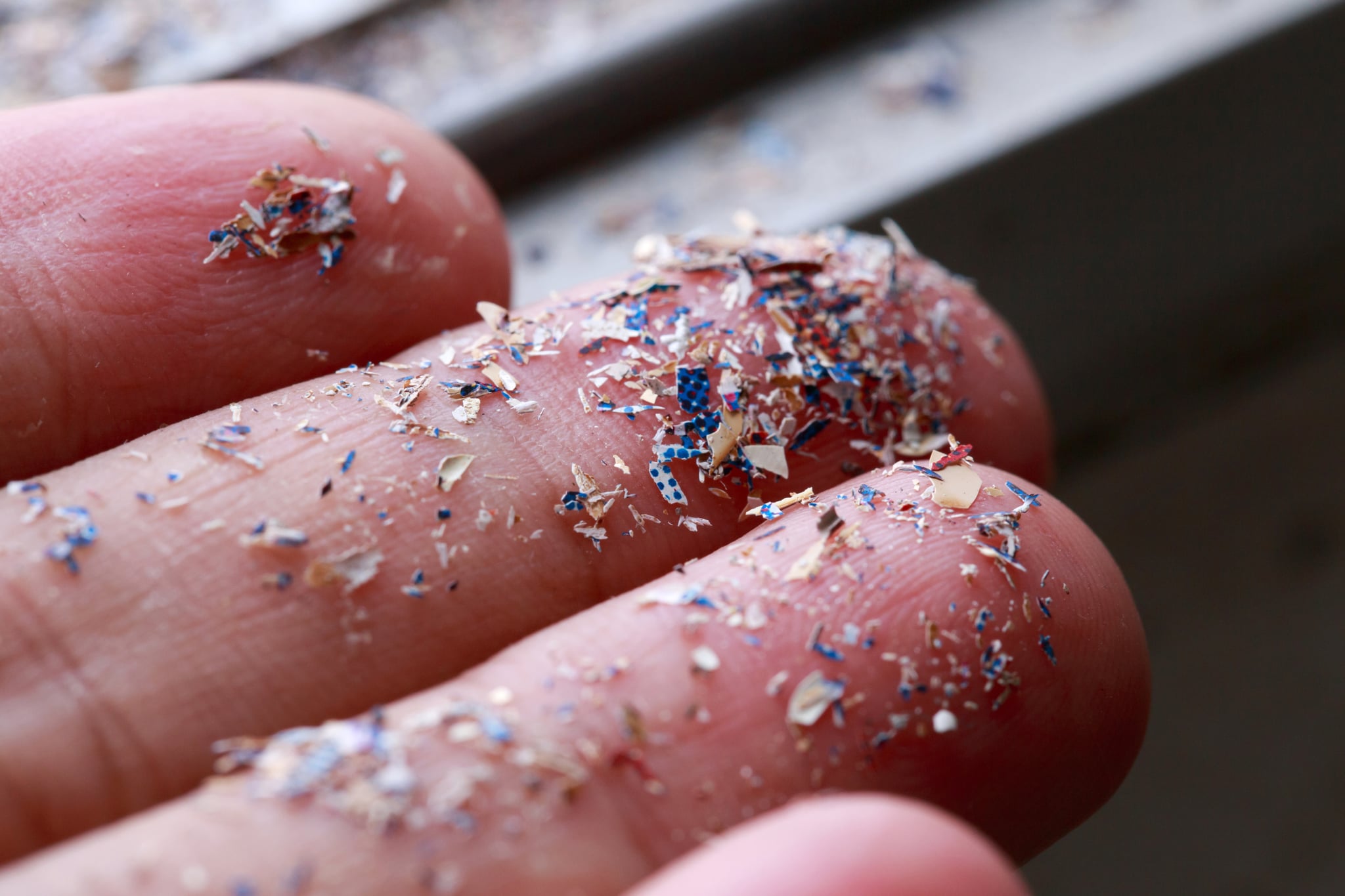 On general principal, consuming plastic seems like an obvious no-no. But according to experts, we do it all the time. We just don’t realize it because making their way into our bodies are microplastics, which are essentially very small fragments that originate from broken-down plastic in the ocean, synthetic microfibers in clothing, and even microbeads found in certain cosmetics. “Microplastics are all around us,” Laura Sadofsky, PhD, senior lecturer in respiratory medicine in the Center for Atherothrombotic and Metabolic Research at Hull York Medical School in England, says. Microplastics can be found in the air, water (drinking, fresh, and marine), soil, and food. And because they’re so prevalent in the world, it’s very hard to avoid ingesting them. Most recently, Dr. Sadofsky and her colleagues found these tiny pieces of plastic in the lungs of living humans. So what does this mean for your health?

Researchers are still looking into the effects of microplastics in the human body. As of now, experts are most concerned about what they can do the gut, Hailey Davies, PhD candidate at the University of Victoria and coauthor of the 2019 “Human Consumption of Microplastics” study published in Environmental Science and Technology Journal, says. If that sounds a little dramatic, consider this: a recent study suggests that on a weekly basis, humans consume five grams of plastics. That’s about the weight of your credit card and a lot for the body to work through, to say the least. Microplastics also have the potential to harm animals and their ecosystems.

But you’re not totally helpless when it comes to avoiding them. Here’s what experts want you to know about this tiny, ever-present plastic.

Microplastics are tiny pieces of plastic that are smaller than a grain of rice (less than five millimeters in length), Davies explains. They are either created in that size (e.g., microbeads in personal-care products), or they fragment over time from larger plastic objects (e.g., plastic packaging or clothing), she says. Microplastics can be formed from plastic waste and usage, including consumer products, synthetic fabric, and industrial waste or applications, Dr. Sadofsky says. There were 12 different types of microplastics detected in the lung tissue studied by Dr. Sadofsky. Those found in her research commonly originated from packaging, bottles, clothing, rope/twine, and many manufacturing processes.

How Prevalent Are Microplastics?

“Microplastics have become pervasive throughout land and aquatic ecosystems around the world and are even found in the air that we breathe,” Davies says. An estimated 359-million metric tons of plastic was produced globally in 2018, according to a PlasticsEurope review. So it’s not surprising that microplastics can be found almost anywhere, Davies says. Humans are most often exposed to microplastics through ingestion and inhalation. Animals in large bodies of water are often exposed to microplastics via pollution, wastewater overflows and run-offs, storms, and wind.

Why Should Humans Be Concerned About Microplastics? How Harmful Are They?

Not only can they harm animals and their associated ecosystems, but microplastics are “being integrated into food items through animals ingesting them in the environment, as well as contamination during production or by plastic packaging,” Davies says. “Once microplastics reach the gut, they can fragment further, as well as release additives and absorbed toxins, which has potential to cause harm to humans.” Not to mention that new research out of UC Davis shows that disease-causing parasites can attach themselves to the millions of pounds of microplastics that float between oceans. And this could pose a serious concern for the spread of infectious diseases.

What Can We Do to Prevent Microplastics From Entering Our Bodies?

Dr. Sadofsky says the answer to this is still unknown. But experts have a few ideas on how we can generally reduce our use and consumption of plastics and hopefully reduce the presence of microplastics in the process. The key, Davies says, is to reduce or eliminate our reliance on single-use plastic packaging. The 2019 study authored by Davies found that just drinking bottled water could lead to a significantly higher intake of microplastics, so switching to sipping tap from a nonplastic container could help keep the little particles out of your body. It’s also important to be intentional about where and how you dispose of trash. Make sure you get rid of it properly in the correct receptacles, and recycle when possible.

We have to think beyond food and drink, though. A large proportion of microplastics in the environment are fibers generated from synthetic textiles (think: acrylic, nylon, polyester). Choosing to wear and wash natural fibers (cotton, silk, wool, and linen) could help reduce the amount of microplastics that we’re all exposed to, Davies says. That being said, one person’s buying habits won’t make a huge difference, which is why it’s so important to advocate for sustainability efforts among your family, at work, within the government, and among elected officials. Researchers are hopeful that the new emphasis on microplastics’ ability to spread germs and diseases will help people understand just how serious the problem is and invest in more research to solve it. “It’s easy for people to dismiss plastic problems as something that doesn’t matter for them, like, ‘I’m not a turtle in the ocean; I won’t choke on this thing,'” study author Karen Shapiro, PhD, an infectious disease expert and associate professor in the UC Davis School of Veterinary Medicine, says in a UC Davis article. “But once you start talking about disease and health, there’s more power to implement change.”

Nails Tutorial Ombre For Beginners
“clean girl” makeup tutorial | no foundation, sleek look
Samira Wiley Opens Up About the “Toxic” Relationship She Once Had With Her Body
2-MIN ROMANTIC HALF UP HAIRSTYLE TUTORIAL | КРАСИВОЕ И ПРОСТОЕ ПЛЕТЕНИЕ У ЛИЦА
Soft Glam Makeup Tutorial | The Most Detailed One Yet