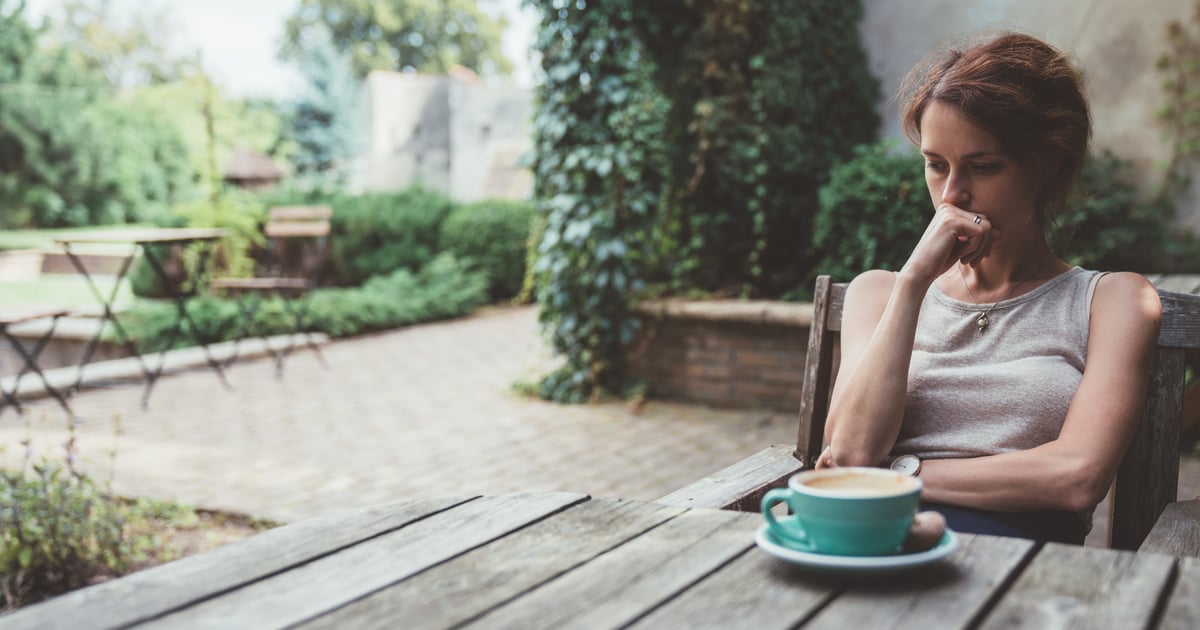 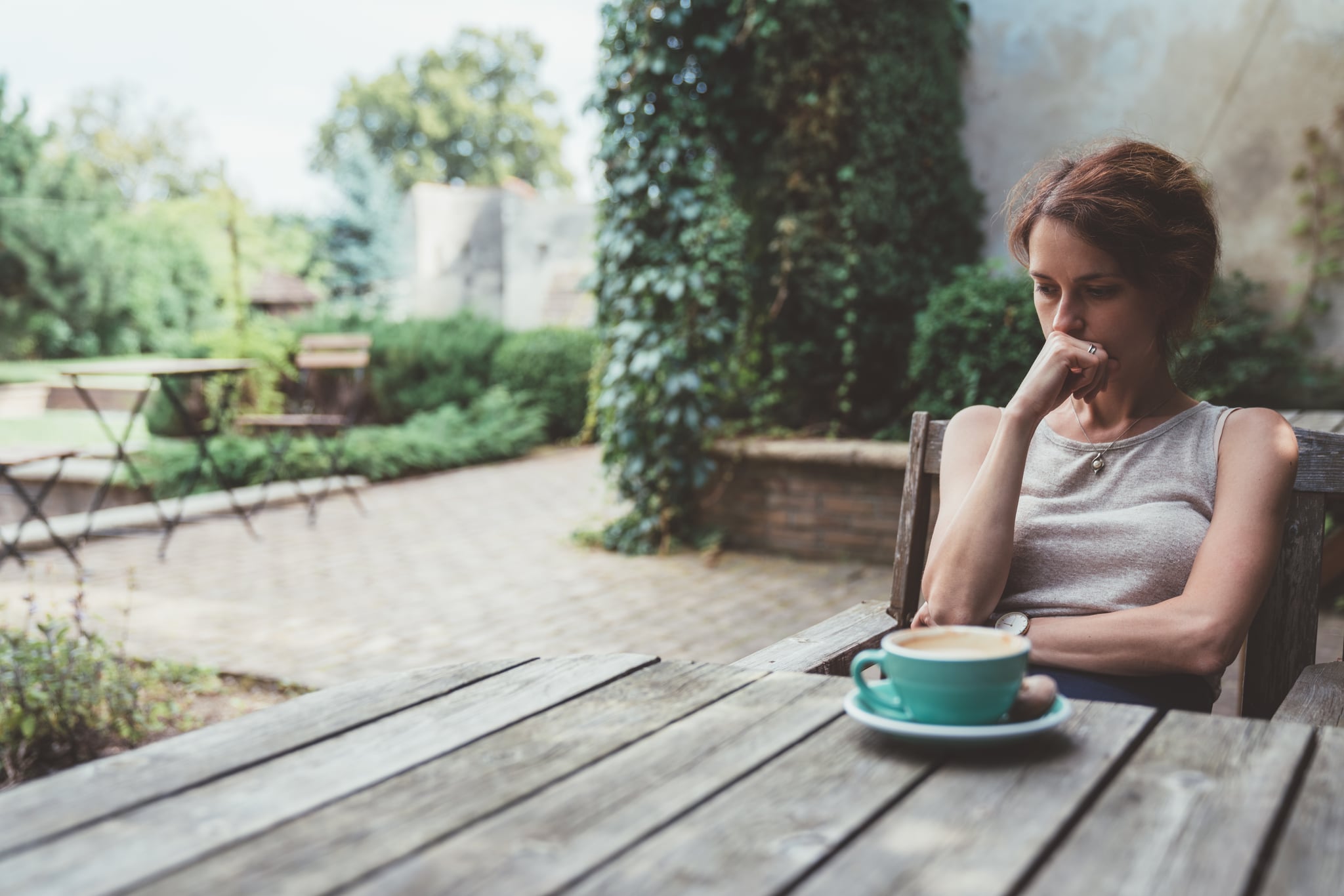 It can be difficult to put a name to lingering feelings of grief. But there’s a new term that may help define what you’ve been going through. After years of debate and research, the American Psychiatric Association (APA) announced last fall an official diagnosis for an extended, highly disruptive form of grief: prolonged grief disorder. The diagnosis has been added to this month’s newest revision of “The Diagnostic and Statistical Manual of Mental Disorders,” the DSM-5-TR, a guide for mental health professionals to diagnose clients.

Psychiatric epidemiologist Holly Prigerson, PhD, who’s done extensive research in this field, told The New York Times that prolonged grief disorder only impacts around four percent of those who grieve. Katherine Shear, MD, founding director of the Center For Prolonged Grief at Columbia University, tells POPSUGAR that research on the topic of prolonged grief — which has also been referred to as pathological grief, unresolved grief, traumatic grief, complicated grief, persistent complex bereavement disorder, etc. — dates back to the 1980s from Sidney Zisook, MD, and Mardi Horowitz, MD. But researchers have debated for decades whether or not the diagnosis is necessary.

Adding prolonged grief disorder to the DSM-5-TR will allow clinicians to bill insurance companies when treating people with the disorder. Some experts, however, are still against this as a separate diagnosis. On one side of the aisle, there’s an argument that the diagnosis will help people who are in need of specialized treatment and give them answers about grief that diverges from what’s considered “normal.” On the other side, there’s the argument that this diagnosis is pathologizing the natural experience of grief (aka, making it seem abnormal). Here, we delve into these arguments and break down what you should know about prolonged grief disorder.

What Is Prolonged Grief Disorder?

Based on the APA announcement in September 2021, as well as the official diagnostic criteria, below is a summary of how the DSM-5-TR defines prolonged grief disorder:

Dr. Shear, who was involved in developing the criteria for prolonged grief disorder in the DSM-5-TR and has researched grief since 1995, states, “The central symptoms that are really, really important are the yearning, longing, and preoccupation with the person who died.” We are all disrupted by grief, she says. The question is: does it persist? If it’s been a year since you were fully engaged in life and your functioning is still compromised, that’s when it is considered persistent, Dr. Shear explains.

Note: by the time prolonged grief disorder was added to the recently published DSM-5-TR, it had already been included in the World Health Organization’s International Classification of Diseases (ICD-11), where the parameters for diagnosis are experiencing this intense longing and emotional pain for at least six months, not a year.

Can You Treat Prolonged Grief Disorder?

“Once you get into this place [of prolonged grief], it’s really, really, really hard to get out,” Dr. Shear says. Professional treatment can help to relieve people’s symptoms.

Results published in 2016 showcased clinical success of a 16-week psychotherapy intervention for prolonged grief disorder that Dr. Shear developed. It features a series of what she calls “psychological exercises” that help people adapt and come to terms with loss as opposed to “trying to change grief directly itself,” she says. In these exercises, there are elements of cognitive behavioral therapy as well as dialectical behavioral therapy. For example, one person who participated in Dr. Shear’s treatment told the Times that she would narrate what she remembered about the day her brother died throughout therapy sessions, and she felt a sense of acceptance by the end of the program.

In terms of medicinal treatment for prolonged grief disorder, Dr. Shear and colleagues were unable to confirm that antidepressants alone helped grieving patients. “What medication does obviously help is other anxiety and depressive symptoms, which are commonly co-occurring,” she says. Dr. Shear also notes that antidepressants can be useful when combined with psychotherapy — a past review of clinical trials supports this.

Naltrexone, an addiction medication, is currently being tested for the treatment of prolonged grief, although some experts remain skeptical. “The premise there is that grief is an addiction,” Megan Devine, LPC, podcast host and author of “It’s OK That You’re Not OK,” says. Devine tells POPSUGAR she supports using medication to help “reduce the suffering inside grief,” including panic attacks, anxiety, difficulty sleeping, and loss of appetite, for example. But when it comes to treating the actual grief, she believes talk therapy and other therapeutic tools are more useful.

With her own clients, Devine focuses on acknowledgement during therapy sessions, which helps people feel heard, she says. Then she addresses negative effects like anxiety, as well as sleep and appetite difficulties. “We can use a lot of the tools that we already have to support somebody inside their grief and get those outcomes we want. We don’t have to solve their grief to reach those goals,” she explains.

Simply put, some mental health professionals don’t believe it’s necessary to create a separate diagnosis for prolonged grief disorder, and others do. Dr. Shear reiterates that there comes a time where intense and persistent yearning and pain should be addressed differently than nonpersistent grief. That’s why she developed the 16-week intervention program mentioned above, which has shown success among those experiencing prolonged grief. It’s her belief, too, that although grief can coincide with depression, it should not be treated as such. In the aforementioned 2016 study, Dr. Shear and her colleagues could not find any benefit of antidepressants for grieving patients unless there was also grief psychotherapy administered with it.

Including prolonged grief disorder in the DSM-5-TR as its own diagnosis would open doors for research funding and more insurance-approved visits with clinicians for prolonged grief. Plus, existence of this diagnosis may offer a sense of legitimacy for some people who are not following a socially acceptable (though flawed) timeline for grief. “[H]aving [prolonged grief disorder] recognized will validate [people’s] suffering and show them there are others suffering in a similar way,” clinical psychologist Natalia Skritskaya told The Washington Post.

Devine, on the other hand, argues that there are already appropriate diagnoses available, such as adjustment disorder (which she oftentimes uses for her clients), as well as PTSD or depression when applicable. Devine tells POPSUGAR that having a standalone diagnosis for prolonged grief reinforces the notion that grief needs to be over when in actuality there is no true endpoint. She also notes that the language and diagnosis doubles down on the idea that “grief is bad” and that “you should be back to your normal self.” Ultimately, it “tells people going through some of the hardest times of their lives that they’re doing it wrong.”

There has historically been controversy around the DSM and the diagnostic process. Each DSM diagnosis is paired with a corresponding code that’s used for identification and insurance-billing purposes. Devine says the whole concept that insurance companies “will only pay for therapy and support if they can identify a disorder in you” is the actual issue — the larger issue. Diagnoses have become ways for clinicians to “justify to the insurance company that you deserve support and care,” Devine says. And this in itself is problematic.

So what’s the final verdict on prolonged grief disorder? Well, it remains to be seen whether mental health professionals will start using this diagnosis. But if you are experiencing lingering feelings of grief and want to explore the possibility of prolonged grief disorder, talk to a specialist to see what diagnosis and treatment plan, if any, are best for you.