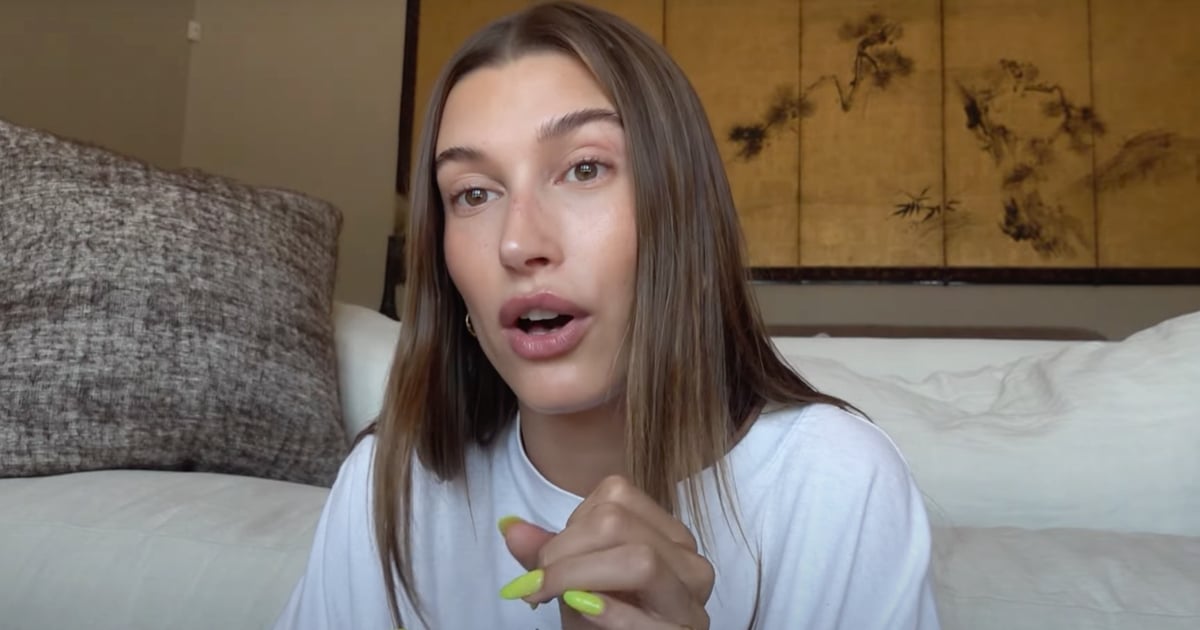 In a YouTube video posted on April 27, Hailey Bieber recalls a recent health scare that sent her to the hospital. On March 10, during breakfast with her husband, Justin Bieber, Hailey began experiencing a numbness in her arm that would later prove to be the first sign of a ministroke. “I had a very scary incident on March 10,” she tells the camera. “Basically, I was sitting at breakfast with my husband, having a normal day, a normal conversation. We were in the middle of talking and, all of a sudden, I felt this really weird sensation that kind of like traveled down my arm, from my shoulder all the way down to my fingertips. It made my fingertips feel really numb and weird.”

When Justin asked if she was OK, Hailey wasn’t sure at first, and when she tried to respond, she found that she couldn’t speak. “The right side of my face started drooping. I couldn’t get a sentence out. Everything was coming out like — not even jumbled — I just couldn’t get any of the words out.” They immediately assumed she was having a stroke, and Justin quickly asked someone to call 911. Soon after, a medic rushed over to examine her.

“[It was] definitely the scariest moment of my life.”

“They were asking me questions like, ‘Do you know where you are? Do you know your name?’ and I knew all the answers in my head, but as soon as I would try to say it, I just could not get it out,” she says. “It was like my tongue and my mouth could not form the sentences and the responses . . . [It was] definitely the scariest moment of my life. I had so many things running through my head. The number one thing being: ‘I’m having a stroke. I’m really scared. I don’t know what’s going on. I don’t know why this is happening. Am I going to have permanent issues from this?'”

The facial drooping subsided after about 30 seconds, and after the exam, Bieber was able to walk back to her house without assistance and wait for an ambulance. By the time the ambulance arrived to take her to the hospital, her speech had started to come back slightly, but she noticed it would regress if she got too anxious about the situation. “When I started feeling really scared and really anxious, it just made everything worse. But by the time I got to the emergency room, I was pretty much back to normal, could talk, wasn’t having any issues with my face or my arm. They did the stroke checklist in the emergency room, and I scored a zero. I wasn’t having any symptoms anymore.”

Following Bieber’s initial check-in at the hospital, doctors kept her overnight to perform a series of scans that revealed a small blood clot in her brain, or a TIA. The Transient Ischemic Attack (TIA), sometimes called a ministroke, is a temporary blockage of blood flow to the brain that usually foreshadows a stroke. Ministrokes are usually short term and dislodge on their own. Doctors also performed a bubble echo test to help identify any Patent Foramen Ovale (PFO), or holes, in Bieber’s heart and checked her for signs of clotting disorders, autoimmune diseases, and more.

“It definitely feels like having a stroke except my body was able to resolve it pretty quickly, and then I didn’t have any more issues for the whole rest of the day and the whole rest of the time that I was in the hospital,” she says. “I felt really thankful and grateful that it wasn’t worse, and I wasn’t going to have any permanent issues.”

The next day, Bieber was discharged from the hospital and went to UCLA for more in-depth testing to see if doctors could identify a source behind her ministroke. Initially, doctors told Bieber that the ministroke could have stemmed from three different causes. The first was that Bieber, who suffers from migraines, had just started taking birth-control pills — which increase the risk of having a stroke, especially in people with migraines — without consulting a doctor.

“It was definitely a really eye-opening thing for me. I definitely felt a lot of anxiety through the situation.”

Before the stroke, Bieber also recently had COVID and had been on long international flights for several hours at a time. After performing a transcranial doppler — a test that uses sound waves to detect any potential medical problems that affect blood flow to the brain — doctors discovered that Bieber had a grade-five PFO, or a large hole in her heart that allowed the blood clot to travel from her heart to her brain.

Following the diagnosis, Bieber underwent a PFO closure surgery to seal the hole and prevent future blood clots from escaping to her brain. “I’m recovering really well, really fast. I feel great,” she says. “It was definitely a really eye-opening thing for me. I definitely felt a lot of anxiety through the situation.”

Bieber went on to thank the doctors and medical staff who took care of her at the hospital and at UCLA, as well as issue a friendly reminder to anyone who may be experiencing similar symptoms. “If there’s anybody that watches this that has gone through the same thing or something similar, I definitely really empathize with you, and I understand how life altering and scary it is,” she says. “And if there’s anybody out there who sees this and has maybe experienced similar things but doesn’t really know the reason or know why, I would definitely encourage you to talk to a doctor. “