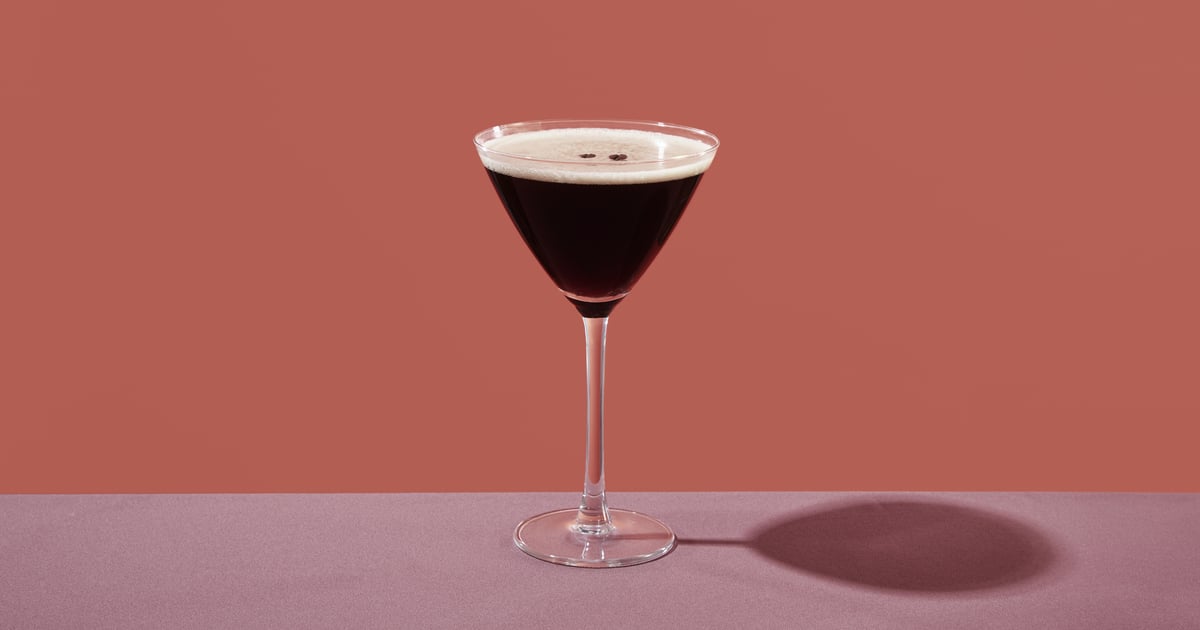 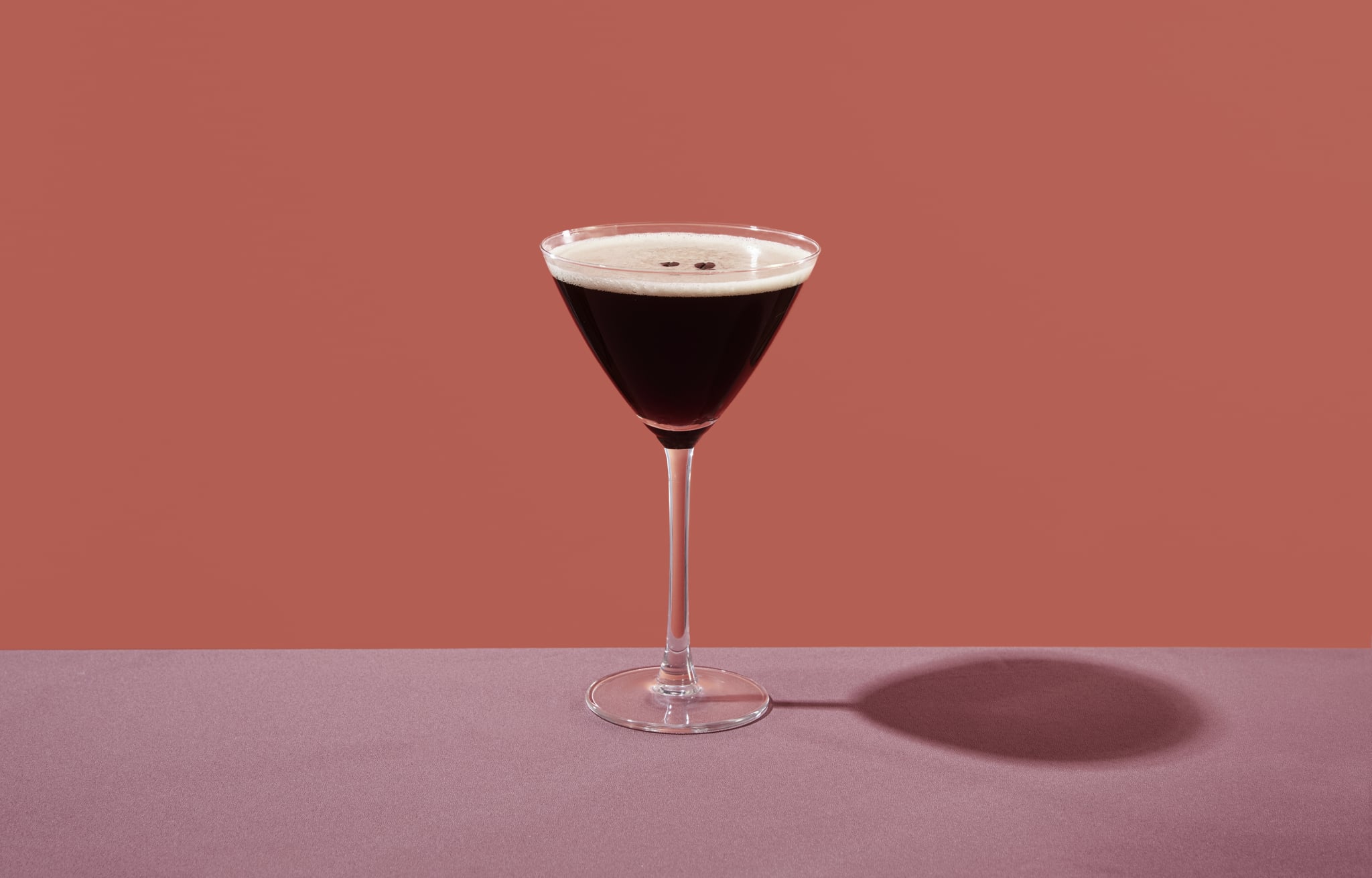 Listen: I love a good takedown as much as anyone. (Discrediting fad diets? Yes, please. Debunking fitness myths? You know it.) But please, I beg of you: Leave espresso martinis alone.

We’re two years into a global pandemic that just won’t quit, with mounting concerns over the state of global affairs (as well as the state of our actual planet), bonkers inflation, and toxic diet culture breathing down our necks. There’s just not a lot we can enjoy right now.

So when you’re out to brunch, dinner, or happy hour and decide to order an espresso martini — the it drink of the moment, annoying bartenders everywhere — the decision is one purely in pursuit of joy. It’s the two best beverages and legal mood-altering substances we’ve got rolled into one wonderfully sweet package. It wakes you up. It gets you tipsy. And it tastes like dessert. What’s not to love?

Yet, in a recent anti-ode to the espresso martini, the NY Post went as far to claim that the drink is “ruining your sleep and heart health.” Oh.

My take? When you bring the “but it’s bad for you” argument to the party, you’re literally killing everyone’s buzz. No one orders an espresso martini under the guise that it’s a health drink. It’s not a big secret that the cocktail has alcohol, caffeine, and sugar, and none of those things are totally innocent when it comes to how they affect your body. But I had to know: Are espresso martinis really all that unhealthy for you? Let’s investigate.

What’s In an Espresso Martini Anyway?

A traditional espresso martini contains the following, according to Liquor.com:

How Much Caffeine Is In an Espresso Martini? How About Alcohol?

As for alcohol, there are generally about two ounces of vodka (with 40 percent alcohol) as well as a half-ounce of Kahlúa (with 20 percent alcohol). That’s a little bit more than what the National Institute on Alcohol Abuse and Alcoholism considers a single drink (1.5 ounces of a 40-percent-alcohol spirit). However, practically speaking, its alcohol content is about comparable with a heavy pour of wine (8 to 9 ounces) and less than most other martinis, which tend to have at least 2.5 ounces of its main spirit alone.

So Is an Espresso Martini Really That Bad for You?

“Naturally, consuming alcohol, even in moderation, isn’t the most health-promoting thing you can do, and moderate or excessive drinking can be very damaging to your health,” says Maddie Pasquariello, MS, RDN. Drinking alcohol is linked to “cardiovascular and digestive health issues, increased risk of certain cancers, dehydration, and more,” she says.

Although we’ve collectively clung to the occasional evidence supporting the benefits of drinking alcohol moderately, the reality is that it’s just not good for us in any amount (ugh). As Amy Shapiro, MS, RD, CDN, says, “Drinking any amount of alcohol poses a health risk.” Indeed, a recent study published in March found that any amount of drinking increases your risk of cardiovascular disease.

Caffeine is less of an issue, at least in terms of long-term health implications. In fact, “consuming a few cups of black coffee a day can actually be beneficial to your health, according to certain studies, by fighting inflammation, boosting metabolism for a short period of time, speeding up reaction times, and improving short-term memory,” Pasquariello says. While some people are more sensitive to it than others (and you should absolutely listen if your doctor has suggested you avoid it entirely), many people can consume up to 400 milligrams of caffeine per day (roughly four cups of brewed coffee) without it causing negative health effects, Doebrich says. If you go over that, it could lead to increased heart rate, high blood pressure, heart palpitations, heartburn, digestive issues, and anxiety, according to the Cleveland Clinic.

Now, if you drink an espresso martini (or anything caffeinated, for that matter) later in the day or at night, there’s a chance it will mess with your sleep. (Although, this is like preaching to the choir, considering the wake-up factor is a big reason people order espresso martinis in the first place.) For most people, the level of caffeine in your blood peaks about an hour after you consume it and it stays at that level for several hours, according to the Cleveland Clinic. “It has a half-life of five hours, meaning that it takes this long for the effects to begin to wear off, or longer, and up to 10 hours for it to completely clear your body,” says Pasquariello.

But (!!) plenty of people consume caffeine in the afternoons or evenings without a problem. “How much coffee affects you will depend on your personal tolerance, which often is genetic. Some people metabolize coffee faster than others,” says Doebrich. An estimated 10 percent of people are genetically less sensitive to caffeine, meaning they can have caffeine in large amounts or late in the day without it keeping them awake. Plus, research shows that when you consume caffeine regularly, it’s less effective as a stimulant; for those who drink a few cups every morning, one shot of espresso may not do much because of the tolerance you’ve built up.

Alcohol negatively affects your sleep as well, potentially interfering with both the quantity and quality. “Although alcohol is a depressant and can make you drowsy, it can cause sleep disruptions throughout the night,” says Katie Tomaschko, MS, RDN, contributor at Sporting Smiles. But in that respect, the alcohol in an espresso martini isn’t any more malicious than the alcohol in other cocktails, beer, or wine that you might drink in its place.

That magical mix of caffeine and alcohol is a bit of a risk when it comes to your level of perceived intoxication. “One of the biggest problems when mixing alcohol with caffeine is that it makes you feel less intoxicated than you actually are, so you may end up overindulging,” says Doebrich. “This is deceiving because caffeine only counteracts the drowsy effect of alcohol . . . while you might feel less drunk, you’re just as drunk as you would be if you didn’t add the caffeine.” But it’s worth noting that espresso martinis aren’t the only popular bev that poses that risk (cough, vodka Red Bull). “Combining caffeine and alcohol is not a new thing,” says Smith.

If sugar or calories are a concern of yours while drinking (totally fine if you don’t give a crap), you should know that “espresso martinis can provide about 11 grams of sugar per cocktail, which can add up to a significant amount of calories and sugar if you’re having more than one,” says Holly Klamer, MS, RDN, writer at MyCrohnsAndColitisTeam. If you’re having one espresso martini, the amount of sugar isn’t a death sentence, but over time, drinking lots of sugary drinks can put you at risk for type 2 diabetes, and high blood sugar can damage blood vessels and the nerves that control your heart, Tomaschko says.

And one final note: Drinking water is more important than ever when you’re having espresso martinis. “Caffeine is a diuretic and so is alcohol so you run the risk of dehydration as well which in itself is unhealthy and can lead to a hangover, too,” Shapiro adds.

The Final Word On Espresso Martinis

That might sound like a lot of bad news, and while one way to spin it is that espresso martinis are the worst, another (better?) framing is that the cocktails are the perfect every-so-often indulgence. As long as you’re not downing them every night, and as long as when you do order them, you stick to just one or two, you’ll probably be just fine. “Is it unhealthy? Of course it is,” says Eric Ridenour, former bartender and men’s health researcher. “I see no reason why espresso martinis have to be blamed for the downfall of society. Like most everything else, overdoing it is the main concern.”

Altogether, in the long term, an espresso martini poses similar risks as any alcoholic drink. In the short-term, it might mess with your sleep (if you’re planning to go to bed, that is) or keep you from realizing exactly how tipsy or drunk you are. For most people, drinking espresso martinis occasionally in moderation — like you should already be doing with both caffeine and alcohol — is certainly not going to “[ruin] your sleep and heart health” all on its own. “If consumed occasionally, these cocktails can be part of a balanced lifestyle,” Doebrich says.

So is the beloved espresso martini really as bad as some people want to make it out to be? Well, it’s certainly not great, and if it’s become your new favorite drink, you should absolutely know about the potential affects it has on your perceived intoxication and your sleep, so you can imbibe responsibly and moderately. And as with all things, it’s worth paying attention to how it affects you personally and acknowledging if you’re super-sensitive to any of the ingredients. But you can’t villainize espresso martinis without condemning alcohol, coffee, and fun altogether. And do we really need that right now?

Why People Are Talking About Griswold v. Connecticut After the SCOTUS Ruling
Soft Glam Makeup Tutorial | The Most Detailed One Yet
In Powerful Dissent, Liberal SCOTUS Justices Call Roe v. Wade Overturn “Cavalier”
Watch me Work: Trendy Pink French Tips
Abortion Funds to Support in Each of the States Most Likely to Restrict Abortion