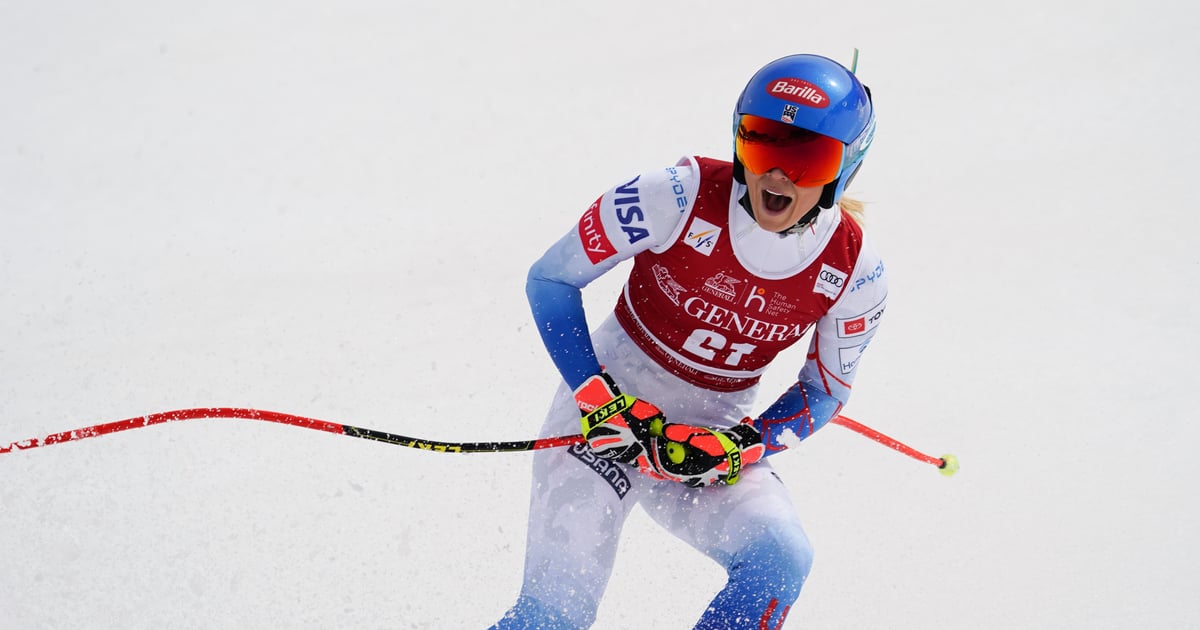 The last time many of us saw Mikaela Shiffrin, she was navigating the bumpy road of her third Olympics, which saw the skier struggle in all of her events and leave the Games without a medal. There was no time to mope, however, and Shiffrin doesn’t seem the type for it anyway. “There was so much positive that’s happened the last couple weeks, despite how much it really stinks,” she said to reporters after finishing ninth in Olympic super-G.

Just three weeks later, Shiffrin took that attitude into the last competition of the alpine skiing season, when she was in the race for the World Cup overall title. She began the World Cup Finals this week with a 56-point lead in the overall standings, which tally points from all events (downhill, super-G, slalom, giant slalom, and combined) to determine a winner. Her closest competitor: Slovakia’s Petra Vlhova, the defending Olympic champion in slalom.

On Wednesday, Shiffrin shocked the field with a win in the downhill event, just her third career downhill victory and her first since 2020. With her lead then at 156 points, Shiffrin grabbed a second-place finish in Thursday’s super-G to gain 80 more points. That’s what clinched her the overall title; even with this weekend’s slalom and giant slalom events still to come (where the 27-year-old American excels), her lead is mathematically insurmountable.

It’s Shiffrin’s fourth World Cup overall title, tying her for second-most in history with Lindsey Vonn. (Austria’s Annemarie Moser-Proll has won the most, with six.) It’s also her first overall title since 2019, coming after two seasons marred with difficulties on and off the slopes. In 2020, Shiffrin took a break from skiing after the death of her father, then struggled with injuries that hampered her ability to ski in the speed events. In the 2021-2022 season, she missed races after testing positive for COVID-19 in December, then dealt with the disappointment and emotional rollercoaster of the 2022 Olympics.

After her downhill win on Wednesday, Shiffrin reacted with shock and joy at the finish line; when her overall victory became official after the super-G, she grew emotional. “It’s been some high moments this season, and it’s been some really difficult moments as well,” Shiffrin said afterward, according to ESPN. “Ending it on a high [and] finding some really nice moments on the last races, that’s really important and very special.”

Watch Shiffrin’s races and the emotional reactions to her victory ahead.