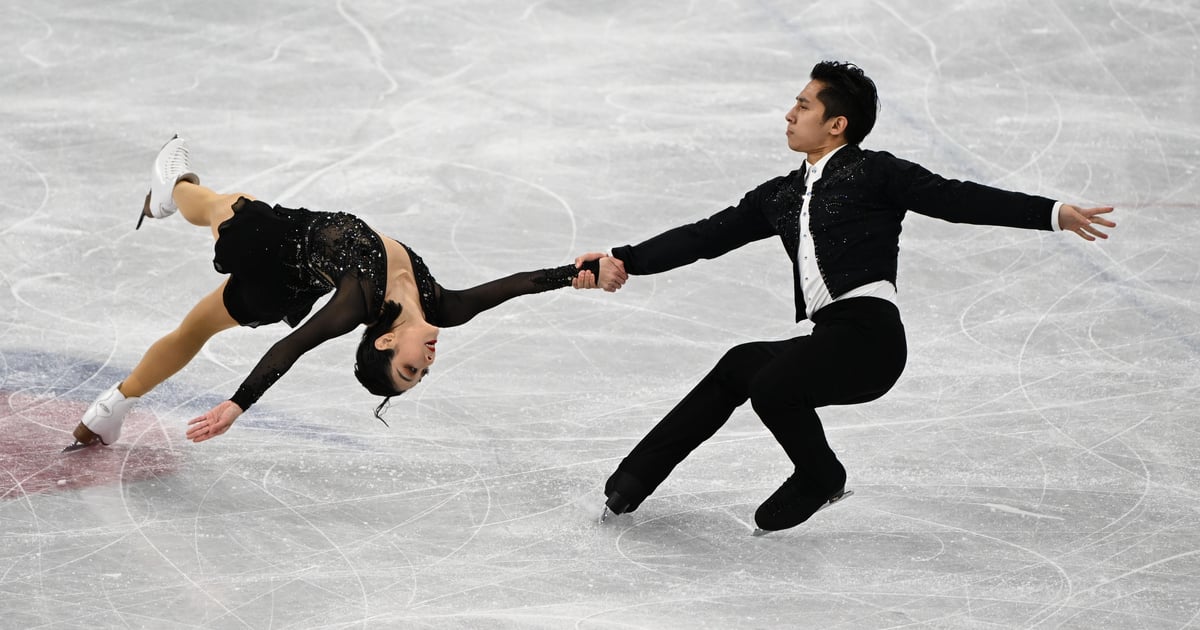 The pairs short program at the Winter Olympics was dominated by figure skaters Sui Wenjing and Han Cong of China. After falling half a point short of gold in Pyeongchang, the duo set the bar high in Beijing with a score of 84.41 — officially breaking the world record of 82.83, which was set by the pair in the teams event on Feb. 4.

Sui and Han entered the rink after Russian pair Evgenia Tarasova and Vladimir Morozov earned a score of 84.25 — which momentarily broke Sui and Han’s Feb. 4 record. “The drama of skating after their rivals. [Sui and Han] need perfection in this short program,” commentator and former Olympian Tara Lipinski said at the start of the skate. “They have the edge in the artistic scores, so they have to sell it.” The intense energy from the pair was palpable through the screen as they skated, in unison, to the song “Mission Impossible 2 Orchestra Suite” by Hans Zimmer.

Sui and Han cleanly executed elements during their skate that other pairs had difficulty landing. The big throw triple flip, in particular, had commentator Terry Gannon say “wow” after Sui’s stumble-free landing. The pair also received level four (the highest level) in five of the seven elements they executed.

“They skate as an extension of one another, which makes their skating feel so smooth, so velvety . . . like they’re skating as one person,” commentator and former Olympian Johnny Weir said after their skate. “Impeccable, impeccable skating.” Ahead, view a celebratory tweet from the Games’s Twitter for Sui and Han’s world record, along with captivating moments from their skate.