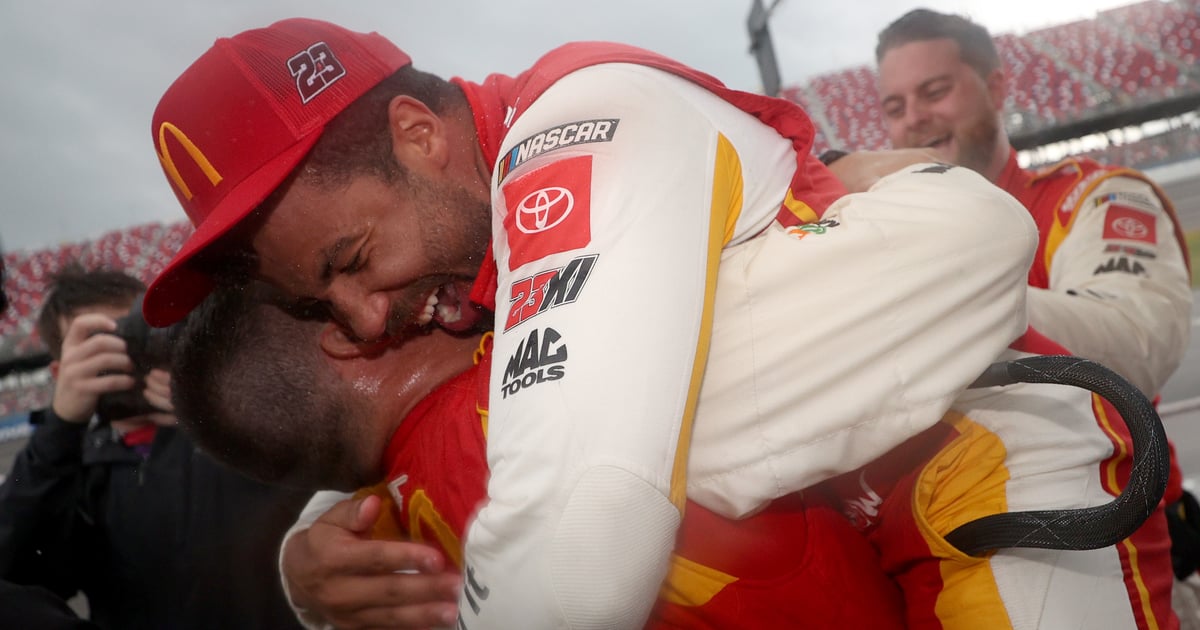 Bubba Wallace just made history. The 27-year-old NASCAR driver picked up his first NASCAR Cup Series win today in the YellaWood 500 at the Talladega Superspeedway, and in doing so, became the first Black man to win a NASCAR Cup Series race since Wendell Scott in 1963.

“This is for all the kids out there that want to have an opportunity in whatever they want to achieve,” Wallace said in an emotional post-race interview. “You’re going to go through a lot of bullsh*t. But you always got to stick true to your path and not let the nonsense get to you.”

Wallace was declared the winner of the race after a 45-minute stoppage due to rain, the second in the race. With dusk falling fast, organizers ultimately called the race when it became clear they wouldn’t be able to dry the track in time. At the time of the stoppage, Wallace had been at the front of the pack for five laps, and he and his crew were waiting anxiously on his pit stand when they got word the race was officially over.

Then, the celebration was on. Wallace leapt out of his chair, yelled, “No way!”, and started hugging his crew. When he appeared for an interview a few minutes later, the emotions were still strong.

“I never think about those things,” Wallace said of being the first Black man in 58 years to win a NASCAR Cup Series race. “When you say it like that, it obviously brings a lot of emotion, a lot of joy . . . Just proud to be a winner in the Cup Series.”

His secret: “Stay strong, stay humble, stay hungry,” said Wallace, who races the number 23 car in honor of Michael Jordan, co-owner of his 23XI Racing team. “There’s been plenty of times that I wanted to give up . . . it’s moments like this that you appreciate.”

Watch Wallace’s reaction below and the full, emotional interview ahead.