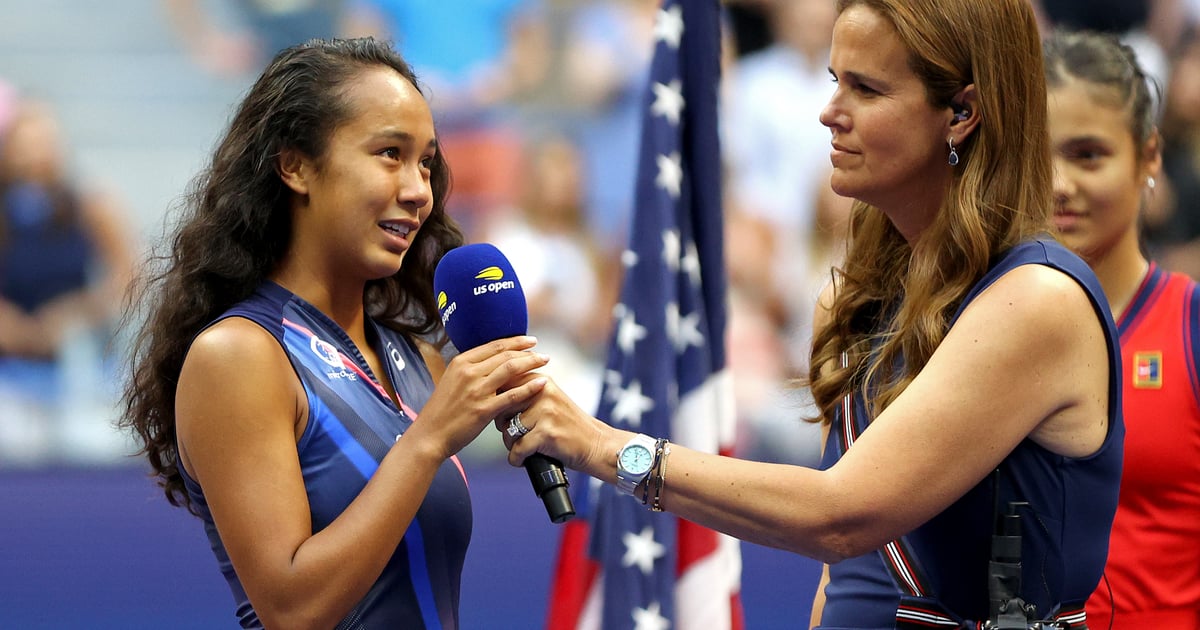 Leylah Fernandez and Emma Raducanu faced off in a teen-only US Open women’s singles final on the 20-year anniversary of 9/11. Canada’s Fernandez, 19, lost to 18-year-old Raducanu of Great Britain, but she fought until the very end of the intense and well-matched final. During the trophy ceremony, Fernandez, eyes full of tears, said she was proud of everything she’s accomplished — she beat greats such as defending champion Naomi Osaka, world No. 5 Elina Svitolina, and world No. 2 Aryna Sabalenka. She also became the fourth-ever Canadian player to reach a Grand Slam final.

Before she passed it off to Raducanu, Fernandez wanted to address the crowd that supported her through every stage of the tournament. “I know on this day, it was especially hard for New York and everyone around the United States,” she stated. “I just want to say that I hope I can be as strong and as resilient as New York has been the past 20 years.” Watch that moving clip above.